Finally Google officially releases May core update. Google just recently announced its new core update on Monday, May 4th, 2020. Do you know that this is the second update on Google’s core system of the year 2020? Yes, it is. The first update was four months ago in January. Normally it’s more like a tradition for Google to release a core update to its algorithm every few months. So with the release of this new update, users, and webmasters all over the world, webmasters especially were not surprised. But this update is unique although it is similar to the other updates released by Google. Want to know how you would get this update and more about it? Then continue reading. 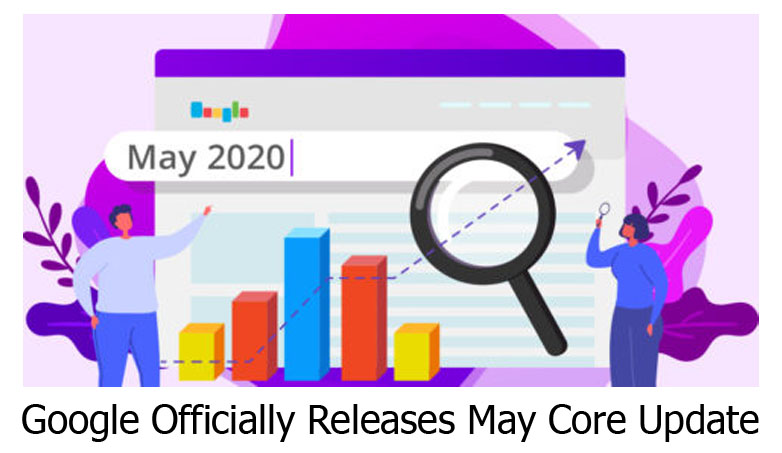 The name of this new update is called the May 2020 core update, just in case you don’t know. I have been receiving calls from several website owners from various regions about their websites. Well the thing is that many website owners woke up this morning to seeing drops or increases on their rankings on the Google search platform and they are pretty shaken about this as they don’t know the reason for this. Well, the drops and gains in rankings is due to the Google may 2020 core update.

Every few months, Google always releases an update to its core algorithm. And before the release of this very update, there have been previous updates. The most recent of the previous updates on the Google core algorithm as I have established already in this article is the January 2020 core update. Before that was the update in November. But this update was specific to local rankings only and wasn’t that felt. Before the November update was the September 2019 core update which many webmasters felt was weaker as it didn’t have as much impact as previous core updates

What To Expect As A Webmaster

Normally when updates are released or made on Google’s systems, some websites may expect gains or drops in rankings. And as most webmasters do, they go in search of a solution, often looking for something to fix. Google has explained already that pages that experience a drop in their contents after an update normally don’t have anything wrong to fix. The platform has reiterated that when you experience a drop in your contents on rankings, make sure that you are offering the best and quality content.

How To Get The Google May 2020 Core Update

You cannot get a direct or install this update. This Google update is done automatically by Google. Google does not let out the details of the update known to the public. This is done in a bid to curb malpractices and irrelevant information regarding the update.

This update since its release has shown to be a very potent update and if it continues like this, then this could be a good thing for search engine optimizers (SEOs) all over the world. But how will this be beneficial to SEOs? Due to the outbreak of the coronavirus, it is no surprise that many companies all over the world are now laying off staff. On the other hand clients are taking a step back on their services.

Whenever there is a system update, the services of SEOs become valuable because the demand for their services becomes high and various companies will have no choice but to make room in their budget for them.

Who The Google May 2020 Core Update Is For

This update is directly meant for both search engine users and webmasters as it directly affects them. The updates on Google’s core algorithm are simply to make better the contents on its systems. With these updates Google will easily fish out feasible, weak, and contents portraying wrong or not rich enough information from its platform. As a user of the Google search engine, this update will affect you positively. Every time you visit the Google platform for information, be sure to get relevant and correct information.

Webmasters on the other hand may be affected positively or negatively by this update. Your site contents may either be moved up in rankings or moved down. It is difficult to say which. But here is something you should know. The various changes in rankings are due to content relevancy and here is how it works.

Since the last update was before the coronavirus pandemic, it simply means that there has now been a change in the way people search for things. Things that were not relevant when it came to searches before the pandemic is now gaining relevance. For example searches such as travel and tourism are now down since no one can travel. Therefore just in case, you have contents in your website that re directly related to these, they will be dropped in rankings.