Finally, the latest update to Google’s core algorithm has been rolled out, and if you haven’t noticed, here is your chance. Once in every month, mostly quarterly Google makes or introduces a broad core update to its algorithms, and this year they haven’t stopped, not by the coronavirus or any other thing. In this article ‘Google roll out may update’ will be focusing on this very core update and its effect across all platforms. To know more about the Google may core update, then continue reading. 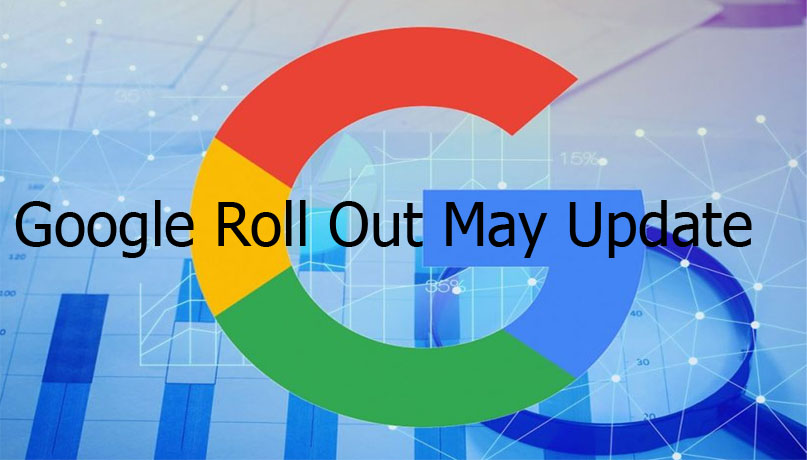 Google Roll Out May Update

With the coronavirus pandemic in place, many webmasters and SEOs thought that Google would be taking a break in rolling out its core update. But this was not the case. Google still rolled out the update even in the midst of all the drama, the world is currently facing. The core update rolled out by Google was announced by Google via twitter. In a bit I will be explaining to us what the Google core update is and how it affects all of us.

What is the Google core update?  A Google core update is more like an upgrade carried out on Google’s systems. These updates are rolled out monthly, mostly quarterly annually. You might be thinking that the updates done on Google’s systems are quite much. But when you think about it, these updates aren’t that much considering that the platform processes more than to trillion searches every year. So you see why the Google algorithm is updated often?

The Aim Of Google Core Updates

The Impact Of The Google May 2020 Core Update

Since the release of this update, webmasters and SEOs have been giving updates on the effects of the update. This update is not the first of its kind. But one can argue that the effects of the update is the most potent they have seen in a while. Major sites and platforms have all been affected by this core update already. Some persons noticed a rise in their rankings, while others experienced a dip in their own rankings.

According to various statements from the webmasters world forum. The changes caused by this update have affected a wide range of industries and enterprises and they include finance, tech, health, recipes and so much more. Some reports even show that cryptocurrency has even been affected by this update. Health sectors have recorded their worst performance ever after an update. Tech platforms also recorded a 60% drop in traffic. Dating platforms were also among platforms hit negatively by this update as they show 40% down in traffic.

How To Recover From Google Core Updates

Whenever there is an update and your site is among the affected sites, there really is nothing you can do. Google has urged webmasters and SEOs not to go looking for something to fix as they may end up fixing the wrong thing. Traffic change during and after a core update is normal, so you shouldn’t panic just yet. But trust me, you have every reason to be concerned. Normally Google has shared ideas on what webmasters can do if they find themselves on the wrong side of these updates and you can find it Here.

Know that you have not gone against or violated any of Google’s webmaster’s guidelines if you notice a dip in your rankings and traffic. These updates just as I have mentioned earlier are intend to improve the content quality shared on the Google platform via search results. And with this some websites that may have been doing better may see their fortune drop. And those not too doing fine may experience a change in their fortunes positively.

As a webmaster Google has advised that if you have been hit negatively by these updates, you should however focus on producing quality content, the best possible. You should also perform a website audit to determine the authenticity and quality of your content with other platforms. Some of the areas where you are to perform the audit are;

When you visit the Google webmaster blog via the link above, you will get access to all the necessary questionaries’ needed to carry put a successful website audit.