Why do Americans celebrate Halloween? Do you have any idea so the reason why? Most Americans are more concerned as to what they are going to wear for Halloween. They see this as one of the most glorious things and events of the year if it isn’t. But do you know that for some other people the entire idea behind costume wearing is all the reason they need to avoid the holiday? 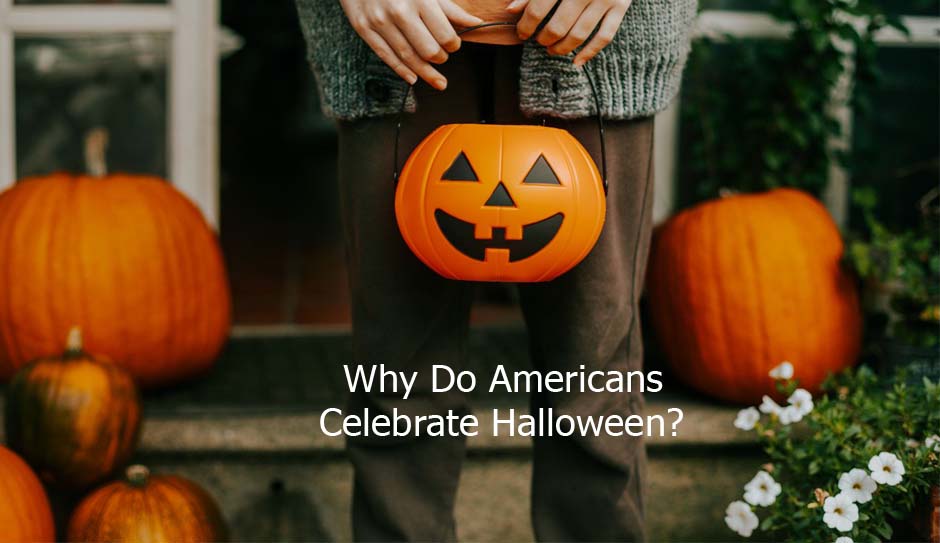 Why Do Americans Celebrate Halloween?

American children always look forward to the Halloween holiday. For most of them, they see the period as a means to getting more candy and this is so true. They can be very obsessive about the candies they get on the day. And while dressing up in costumes and eating candies may be the symbol of the holiday, there is a lot to Halloween than trick and treating and dressing up.

The History of Halloween

The origin of Halloween can be dated back to the old Celtic festival of Samhain. This very festival marked the transition to the darker and shorter days of winter. Locals on this very day and during the festival believe that the soul of the departed would come back to visit. The locals would dress in costumes and leave food on their steps to ward off these spirits and also please them.

In olden times, children would go door to door asking for food in exchange for jokes, songs, or poems. The holiday was more of a pagan one. And in a bid to reform the holiday, the then Christian church made November 1st all saints day. A day to celebrate the deceased saints. October 31st then became all hallows eve or Halloween.

Irish and Scottish immigrants brought the tradition to the US in the 19th century but it wants until the late 1950s that the now modern practice of trick and treating and costume dressing developed. And this is how the culture of Halloween found its way to the US.

Halloween Today in the United States of America

Up to $6 billion is spent annually on Halloween costumes and candies by Americans. And the record is only second to the Christmas holiday. And in American society today, marketing and mass media have helped transform the ancient Celtic origins of Halloween into what it is today. From movies about Halloween to stores selling loads of Halloween decors and costumes, Halloween has taken a drastic turn to what it used to be.

If you wish to do Halloween right in the American way then you will need to be ready to spend money on candies, spooky and creepy costumes, and also making your house or the front yard rather look like a graveyard. And with all the trends surrounding the holiday, it now seems that the main theme of Halloween is “evil is entertainment, indulge.” Yes, wearing costumes and doing tricking and treating activities are all fun and harmless but we should also not forget that evil exists and it is not fun at all.