After the rollout of the first core algorithm update, Google is set to roll out the second core update of the year 2020 hence the title of this article. On the 4th of May via a tweet on twitter, the Google may 2020 core update was officially rolled out. And as you may have known by now, the update rolled out in May is the second official core update of the year 2020. Webmasters all over the world were all surprised as to the release of this core update. Normally people thought that due to the outbreak of the coronavirus, the update or any major update on the Google algorithm platform will be postponed. But, Google on the other hand had other plans in mind. 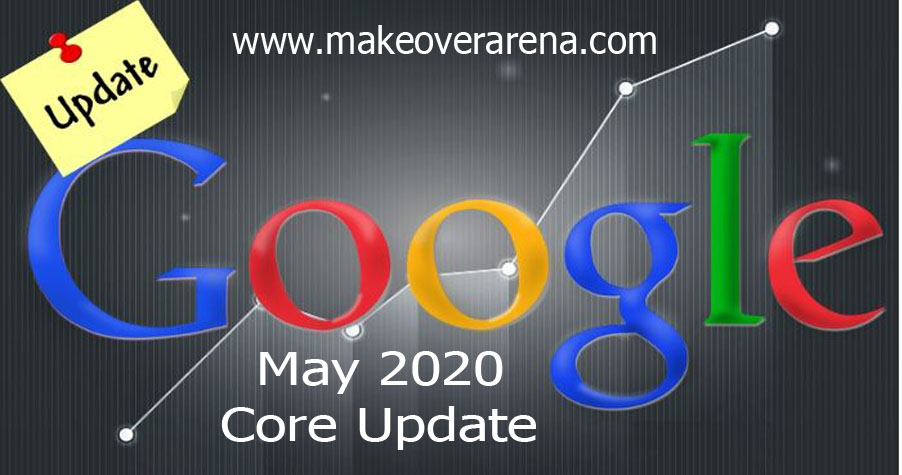 The first Google update of the year 2020 was a broad core update. And just as I have said, nobody expected the release of another core update during this period. The may core update was the second of the year. The target of this update is uncertain as most of these updates do not have specific targets. The main purpose of these updates is to improve the quality of search results on the search platform. During the release of a major update, site owners may see their rankings and traffic fluctuate.

As a webmaster or a website owner you may see your traffic increase abruptly or see your rankings and traffic drop insignificantly. Reports coming from site owners show a major drop in their rankings as people saw almost 50% drop in their rankings. This has made many people, website owners especially term this update as the worst update they are yet to encounter. Details of Google core updates such as this one are not shared with the public. This is done in a bid to curb the results of it being manipulated

Whenever you notice a drop in traffic during a core update release, you haven’t done anything wrong as it is normal to see fluctuation in traffic and rankings. Website owners and webmasters will always look for a thing to fix. Google as said there really isn’t anything to fix whenever you notice a drop. These updates are meant to improve the quality of content shared on its platform. Therefore all you have to do in a situation like this is to focus more on producing quality content. Google has offered a list of questions to consider as a site owner if you are hit by this update. The questions are segmented or divided into four sections and they are;

To get a more comprehensive list of all the questions, visit Here.

These improvements in Google’s systems are aimed at improving content quality and accuracy for better user satisfaction. There are some updates that may be used in targeting regions and niches, but these very updates are different as they have no specific target. With these types of updates, if you are hit there is nothing to fix at all. All you need to do is to continue focusing on content quality

Google core updates are rolled out in every 3 to 4 months yearly. The impact of these core updates is more severe than others. Whenever core updates are rolled out, websites and webmasters are affected the most. Uses or search engine users on the other hand are the biggest winners of these updates. This is because, with these updates, the more relevant the contents searched on the Google search platform. As a user then, you are sure to get correct, authentic, and relevant results based on your search. As a website owner, you may experience a rise or a drop in your traffic and rankings.