Sony’s PS3 and vita stores still open but it’s hard to shop at them. Remember the ps3 and vita online stores, parent company Sony is making it hard for users to buy games digitally on it. According to a support document, starting on the 27th of October, you will not be able to use a credit card, PayPal or even debit card to purchase games on the platform or even add money to your wallet. 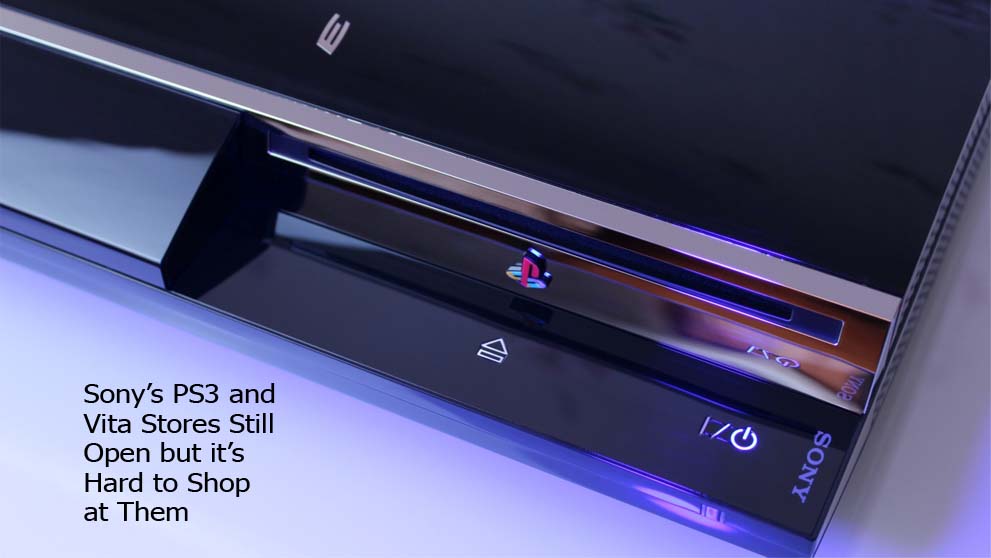 In order to add money to your wallet on purchase games on the store user will have to use a PlayStation store gift card or instead load the wallet that is connected to your account on the PlayStation on your phone, the web or a PS4 or PS5.

The change is somewhat disappointing and it is coming at a time of an ongoing story of the company’s support for its older consoles. Sony has previously announced that it would be closing its PlayStation store for PS3 and vita in March. The company however reversed the decision a few weeks later after the initial announcement saying that it “made the wrong decision.”

The company also announced that it was going to drop the remaining PlayStation portable purchase function on the 6th of July. This very announcement is part of the original announcement made in march. What does this mean for users and games then? This now means that users can no longer buy new DLC for PSP games.

On the other hand, there is a light at the end of the tunnel as uses can still buy new PSP games from the PS3 and vita digital stores. But in a few weeks, they will have to load up their wallet in advance if they want to be able to purchase games on the platforms.

Does PS3 Have an Online Store?

Yes, PS3 have an online store. And if you have been following me up on this post, you should know this already. Sony has previously announced it was going to close it down, but it however reclined from the decision a few weeks after the decision was made. On the PS3 store you can download the latest free trial versions of games and promotional videos. Also you can re-download content items that you have previously downloaded.

According to Sony, the playsttion3 and vita digital storefronts will be kept open for the foreseeable future. The company had previously announced that it will be closing the stores. However the PSP store will still be shut down on the 2nd of July, 2021 as planned originally.

According to Sony, “PS3 servers are staying online.” In contrast to news that have been circulation online for some time now regarding PS3 online, the servers will be staying online. The company has plans to discontinue the PSN store on its legacy platforms. With that being said, online multiplayer in PS3 games with active server support will not be affected. In 2021, it is very unlikely that Sony will shut down PS3 servers, but it however may happen down the line, very much later, who knows.