eBay Accidentally Banned Some Users. eBay inadvertently suspended an undisclosed number of its users on December 3rd. The platform has since admitted the incident, stating that users who were unintentionally suspended have received a notice so they can resolve the problem. 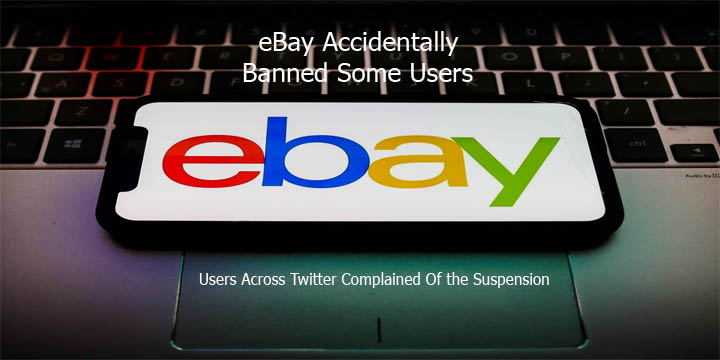 Many users across social media began reporting that they have been suspended from eBay on Friday, despite not knowingly breaking any rules on the platform.

The verge noted that an entire Reddit thread on r/eBay is dedicated to the issue, and although the original post has since been deleted, dozens of other users have added their own experiences to the thread. One user describes their own account of the situation, much of which is echoed by other comments:

Suspended tonight with no chance of appeal, did an online chat and the woman just told me it wouldn’t be discussed and then cut me off. Members since 1999, 100% positive, haven’t sold anything for years, no disputes, have bought 5 small items over the last month with no issues.

Other users claim that eBay canceled their bids on products that they’ve already purchased and received, some of which were “Buy It Now” items, which users can buy outright.

As for the justification for these bans, users say they got an email from the company saying that they put “the eBay community at risk.” Some users allege that when they contacted eBay’s customer service about it, their bans were upheld, and no further information was given to them.

Yesterday, a small number of eBay accounts were inadvertently suspended. The issue is resolved & any users who need to take action have been notified. If you still need help, please DM your name, email & zip so we can check it out. ~Beca https://t.co/KlP3BGeZjr

Outside of Reddit, users across Twitter also complained of the seemingly random suspensions that took place on the 3rd. The next day, eBay responded to some of the reports, noting that users can DM the @AskeBay Twitter account with their information to sort out the issue.

“On December 3rd, a small number of eBay accounts were inadvertently suspended,” said eBay spokesperson Trina Somera in a statement to The Verge. “The issue has been resolved and any users who need to take action have been notified. We regret any concern this may have caused.”

Although eBay has acknowledged the issue, we still don’t know how many users were accidentally suspended, as well as why this occurred. However, we can speculate that the mass suspensions might’ve been caused by some kind of error with eBay’s algorithm.

eBay is an online shopping site that is popularly known for its auctions and consumer sales. eBay is one of the oldest and most successful e-commerce websites on the Internet, but it doesn’t sell any items itself.

Instead, it allows users to list items for sale, which other users can then bid on in auctions. Recently, eBay has also added options to buy items at face value, or submit price offers for them.

eBay is very safe. Their platform combined with PayPal’s protection is one of the safest places for buyers to purchase anything. Sellers need to do their due diligence before selling anything on the platform since eBay almost always sides with the buyer when things go wrong

On eBay, sellers create listings for their items which include the item description, photos, and payment and shipping options. Some listings are auctions where the highest bidder wins the item, while many sellers offer a Buy it now options so you can buy and pay for the item immediately.