A Humanoid Robot Makes Eerily Lifelike Facial Expressions. Engineered Arts, a UK-based designer, and manufacturer of humanoid robots, lately displayed one of its most realistic creations in a video that was posted on YouTube. 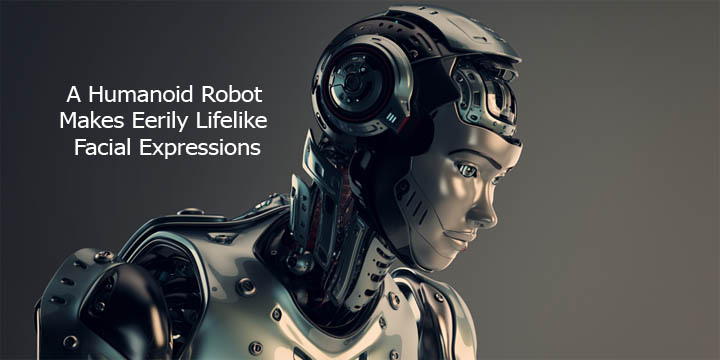 The robot, called Ameca, is shown to be making a series of incredibly human-like facial expressions. At the start of the video, Ameca appears to “wake up,” as its face conveys a mix of confusion and frustration when it opens its eyes.

But when Ameca starts looking at its hands and arms, the robot opens its mouth and raises its brows in what it looks like is amazement.

According to the verge, the end of the video shows Ameca smiling and holding a welcoming hand out towards the viewer if that’s how you want to interpret that gesture.

Sorry to disappoint, but Ameca doesn’t walk, flip, or do parkour like Boston Dynamics’ Atlas robot does. That said, we likely won’t see Ameca walking and talking among us anytime soon. Engineered Arts says the bot is currently unable to walk, although it wants to give it that ability at some point.

As for whether Ameca operates using AI, Engineered Arts explains that it leaves AI capabilities up to developers it just handles the ultra-realistic bodies.

If Ameca doesn’t creep you out enough, Engineered Arts also developed another realistic bot, named Mesmer. The company says that it used 3D scans of actual humans to give the bot accurate bone structure, skin texture, and lifelike facial expressions.

In a video posted just days after the Ameca showcase, Mesmer makes a series of expressions that looks even more convincing, given that this bot has more lifelike skin and facial features than Ameca does at the moment.

Since Engineered Arts focuses on creating humanoid robots for entertainment, Ameca and Mesmer will likely be the center of attention at venues and events, rather than robots designed to do a specific job or take over all of humanity. If you want to see Ameca in real life, Engineered Arts says it’ll be on display at CES 2022 in January.

Androids are humanoid robots that are built to artistically resemble humans. There are other robots like Sophia, a humanoid robot that was developed by Hong Kong based company Hanson Robotics, it was the first robot ever to be given citizenship of any country.

Below are the lists of some popular humanoid robots designed with the closest semblance to humans;

The above are some of the best humanoid robots ever designed.