Best Games of 2021. Just as we prepare ourselves to close 2021, let us take ourselves on a walk through all the games that were released this year. The COVID-19 pandemic brought about some disturbances in the release date of some games as we move through 2021, but still, the game industry still found a way to launch their games. 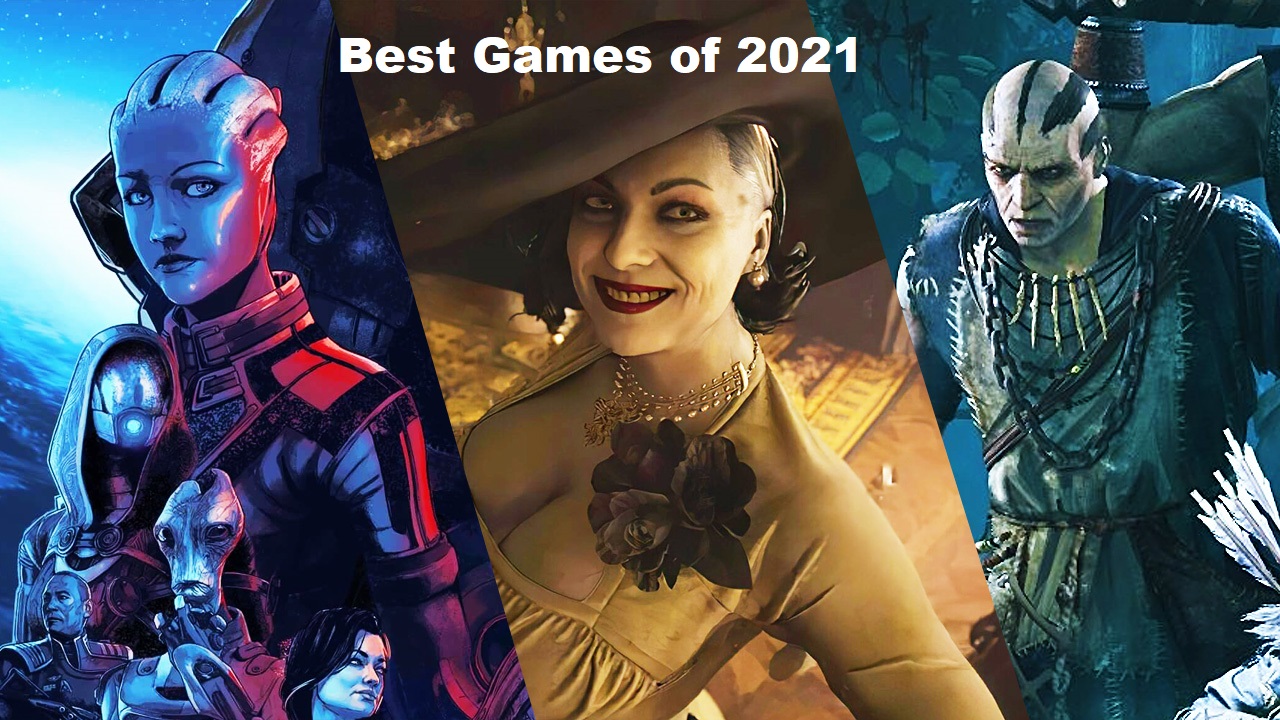 Throughout this year, the Game release schedule was not as stable as it use to be but we still received some amazing titles in 2021. In this list, we would recap the best games of 2021 and tell you what made each of them great.

Below is the list of best games that the year 2021 has to offer to gamers all around. This list might be filled with some of your favorite games, so sit back and enjoy. The games include:

IO Interactive took the Hitman series to an entirely new level with the world of assassination Trilogy, Hitman 3 was an amazing ending to the last saga of everybody’s best bald assassin.

In the third game, IO came up with even more interactive environments that it has become quite recognized for, and ups the ante more by adding new ways to eliminate targets, and also new ways to traverse the world.

In 2021, we have seen the genre grow to become one of the most dominant ones in the indie space throughout the past several years. And now there are lots of roguelike games making it difficult for amazing new titles to stand out. well for loop Hero the case was different.

Loop hero came with lots of fresh ideas, and like plenty of roguelikes, it has an easy to learn, difficult-to-master gameplay. For as good as it is, Loop Hero happens to be one of the most difficult-to-describe games available on this list. A Lich Plunged the world into an eternal nothingness and its players get to rebuild it by placing buildings, enemies, and even terrain from a deck of cards that is customizable alongside endless loops.

After the game It takes Two, it remains clear that Hazelight Studios is now quite good at making memorable co-op experiences. It takes two came as an amazing game compared to the previous games created by Hazelight Studios.

This game might be one of the first in the series to come as a first-person shooter, but it is no hoax that the game was pretty brilliant. The game is filled with disturbing creatures tense moments, and amazing undead-slaying action.

The game also has a cheeky vampire lady that got the internet and social media platform trilled. If you want to play an amazing horror game then you need to Play Resident Evil Village.

It sometimes gets easy to get lost in the most explosive and action-packed games, but Sable is not like that. Instead of engaging in endless combat, Sable greets you with incredibly beautiful vistas like slow-motion sunsets and the remnants of crumbling stone ruins.

This game is amazing and features an RPG Play like the Legend of Zelda: Breath of the wild, but without having to always defend yourself and search for new weapons.

This game is more like the Forza 4 and 3 but much better. The game possesses similar game modes to that of its predecessor, the open-world driving feels a lot similar, and even a lot of characters are the same because they came from the previous games.

With all that, Forza Horizon 5 still remains one of the best open-world driving games ever. The thing is the game developers might need to consider shaking things up a little in the future.

Marvel’s Guardians of the Galaxy

The marvel guardians of the Galaxy were a true masterpiece of square Enix. Almost everything about the games hit the fans about the comics. If you have played the game, you would be filled with thrills. The game features some amazing fighting and battles that would really interest you if you love intense actions.

This game is an amazing game to play as it possesses amazing gameplay, excellent voice acting, and even something of a heartwarming story. There is no playing this game without loving its characters, storyline, or gameplay.

This game is one great game to play. As the series proceeds, the gameplay gets better and it is something that you would not want to miss out on.

This amazing game which is only available on PS4 and PS5 possesses stunning combat, a really great narrative, and art direction seep style. Currently, sucker punch might actually give an announcement on another re-release for 2022.

The halo infinite is something new compared to the series, being a semi-open world instead of strictly linear. The open-world brought more to the game than most fans expected. Halo Infinite is definitely one of the best games that 343 Industries has made so far. There are some issues surrounding the free-to-play monetization in the game’s standalone multiplayer mode, but it possesses absolutely stellar gameplay.