Xbox Series S Gets a Lunar New Year Makeover. The tiger year is already at hand, and to take ourselves to the lunar new year, Xbox has decided to launch a brand-new, limited-edition console. The new Lunar New Year Xbox series S is not like anything that we have seen. 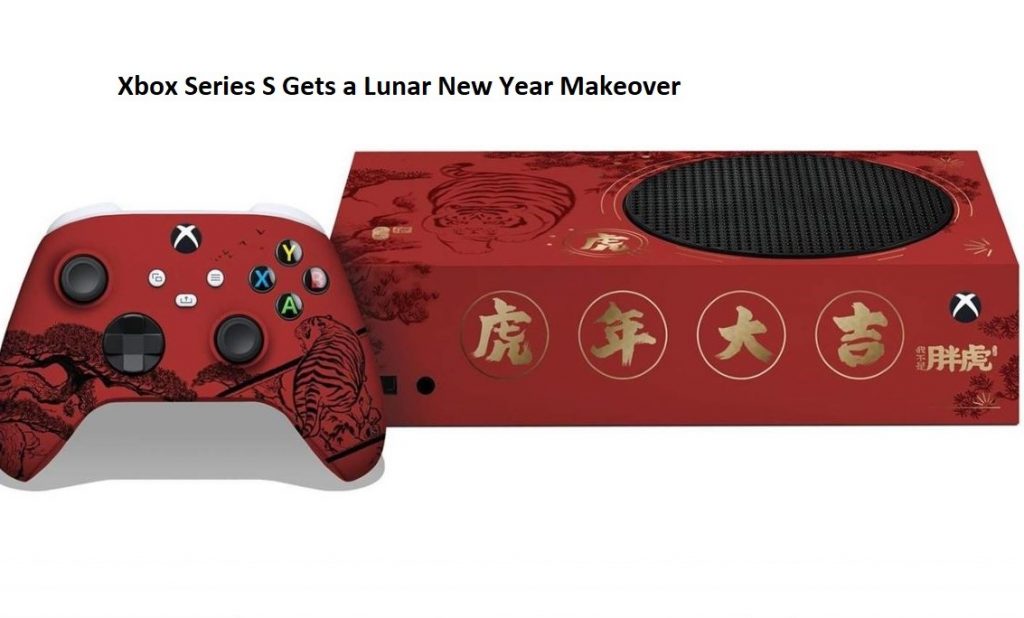 With its red and gold coloring and traditional art available throughout the entire console and controller, this version of Xbox is expected to bring together tons of interest, but only some people would actually own this new unique device.

Just calling this Xbox version beautiful is not enough, you would be making an understatement. Xbox has worked with Bu2ma a Chinese cartoon artist, to create this amazing console that stands out in every single way possible. The console and the controller both feature traditional Chinese art that includes a majestic tiger. The console’s whole body is almost red, although the vibrant coloring is topped off by a metallic gold Chinese lettering.

The Lunar New year Xbox console was recently announced in an Xbox News Blog Post and on Twitter also. The company also stated the reason behind the color scheme of this console. “Inspired by the traditional Lunar New Year lucky colors, red and gold, the custom design actually represents the wellbeing and fortune, that offers goodwill to all gamers,” said Cary Chen, head of the Xbox Greater China.

The console comes with a great look, but unfortunately, there won’t be enough to go around. Xbox actually only made about 15 of these custom lunar new year consoles, and there is no doubt that a lot of people would want to try to purchase one of these consoles.

How to Get the Lunar New Year Xbox Series S

In case you are preparing to spend some cool cash on this gracious-looking console, then you do not have to worry about spending. The Lunar New Year Xbox is not available for sale. It can be won in one of the three different Sweepstakes, although unless you are in China, your chance of winning is going to be very slim.

China citizens would be taking part in a giveaway post hosted on social media platforms WeChat and BiliBili, starting this 25 at noon China standard time. Let’s assume that you are not from China, there is only one way for you to wind the special edition console: Enter the official Sweepstakes via Xbox’s Twitter account.

In other to win or even try to win one of these fifteen consoles, you would be required to follow the official Xbox account and retweet the giveaway tweet with #LunarNewYearXboxSweepstakes. The Sweepstakes can be accessed by everyone that is within the reach of Xbox Live, aged 18 and above, and some additional terms and conditions also apply, which you get to check out directly on Xbox’s official website.

The international Sweepstakes is expected to start and end at 10 PM Pacific time on Thursday, February 3, 2022. The chances of anyone winning are very slim, but there seems to be no harm in trying to acquire one of these gorgeous consoles, after all, there is no other way to acquire this special edition console unless one of the winners chooses to resell their console. We shudder at the thought of how much the reseller would actually want to sell it.