Google Pixel 6a Might be Launching in May. With the latest Google Pixel 6 and 6 Pro attracting a lot of plaudits, it now looks as if we would once again see a version of the Pixel 6 flagship that is a lot cheaper, and would be arriving at some point. It actually might be showing up earlier than expected. 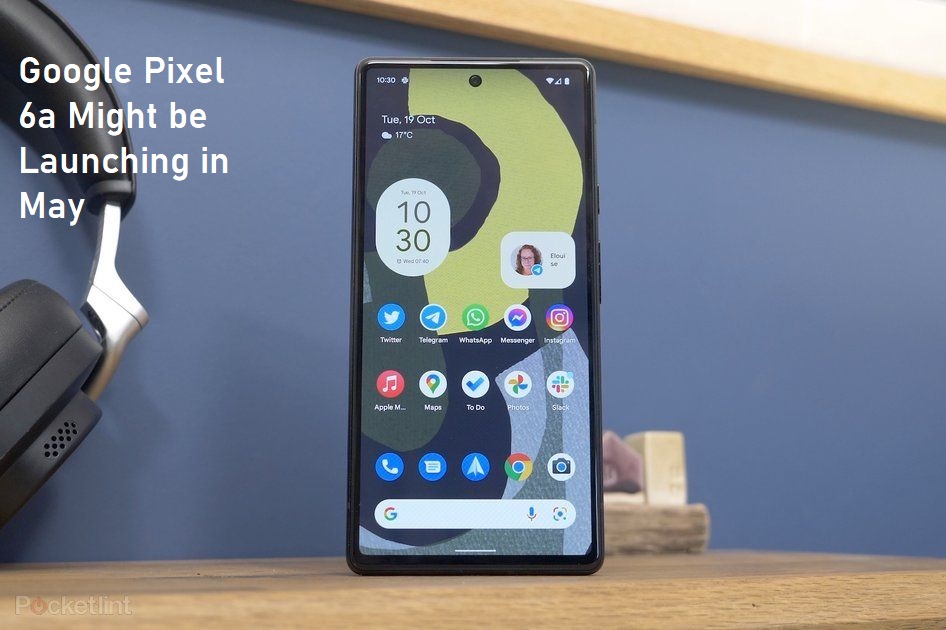 As per the usually reliable Max Jambor, pixel 6a is expected to make its arrival sometime in May 2022. That’s around the time of the annual Google IO 2022 event, although Google has not actually made this year’s show official yet.

Just yesterday, another source stated that the long-awaited Google Pixel Watch would be unveiling itself starting on May 26, and this makes us think that these two pieces of Google hardware might actually show up at the same time.

To start off, the Pixel 5a was launched only in the United States and in Japan arrived in August 2021, the Pixel 4a 5G arrived in September 2020, and the pixel 4a was announced in august of 2020.

This time around, it seems likely that the ‘a’ phone would be arriving much earlier and it is worth noting that the Pixel 3a and pixel 3a XL debuted in May 2019. This gave the flagship that would be launching this year.

A launch in May might actually show that Google is working from recovering the effects of the pandemic on its chain of supply, and though we would be required to wait a while and see how widely available the pixel 6a actually is when it comes to international markets once it shows up.

A lot of details concerning the Google Pixel 6a have been leaked, and based on what we have seen so far, it looks like the pixel 6a might actually look very similar to the pixel 6 that came before it. although it seems obviously stripped down when it comes to its specs and features.

The pixel 6a is expected to retain the two-toned color scheme and a horizontal camera strip that is found on the pixel 6 line-up, although to cut down on the costs, the rear camera might actually feature a similar dual-lens setup that was seen with the Google Pixel 5a.

Other rumored specs so far include the 6.2-inch AMOLED panel, 8GB of RAM, and up to around 128GB of internal storage. 5G should be available onboard, and the phone is expected to run on Google’s very own tensor chipset.