As things would seem now, Ubisoft has apparently made an NFT that not even NFT fans want. Ubisoft is Barely Selling any Ghost Recon NFTs and this could go on a little longer and they end up with little or no sales. Recently, Ubisoft launched the Quartz NFT platform as a way to monetize game properties. This is something that didn’t exactly go over well with either customers or employees. 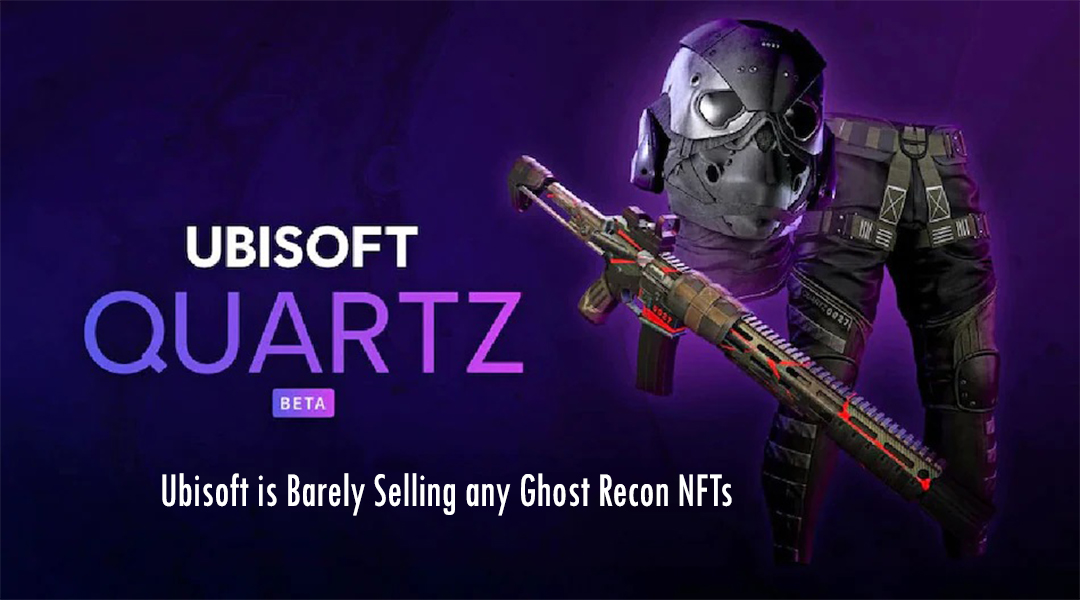 From what we’ve seen so far, it appears that the effort is a financial bust as the company claims to have sold only just fifteen (15) NFTs of a Ghost Recon Breakpoint gun skin. From the company’s report, they appeared to have sold two more M4A1 tactical weapons and one “Wolf Enhance Pants #76” for a total of 18 as of today (December 21, 2021).

According to Apex Legends senior character (Artist Liz Edwards) tweet, she claimed to have looked at the two third-party marketplaces linked to the Quartz sites and there seemed to be just fifteen (15) sales in total.

As of today (December 21, 2021), Ubisoft appears to have minted about somewhere north of 3,000 NFTs. Initially, Ubisoft launched the first three Ghost Recon Breakpoint Editions for free with the weapon requiring at least XP level 4.

While this is just as terrible as it sounds, some critics have pointed out that Breakpoint doesn’t have the most alluring visual aesthetic and this makes it an odd choice to kick off an NFT for visual collectibles.

Alternatively, this could be just a strategy as Ubisoft may be testing the waters with one of its less high profile though still popular franchises.