Surprisingly, T-Mobile Claims they Blocked over 21 billion Scam Calls in 2021. Thorough research shows that the amount of spam and traffic jumped over a hundred and sixteen (116) percent over 2020. 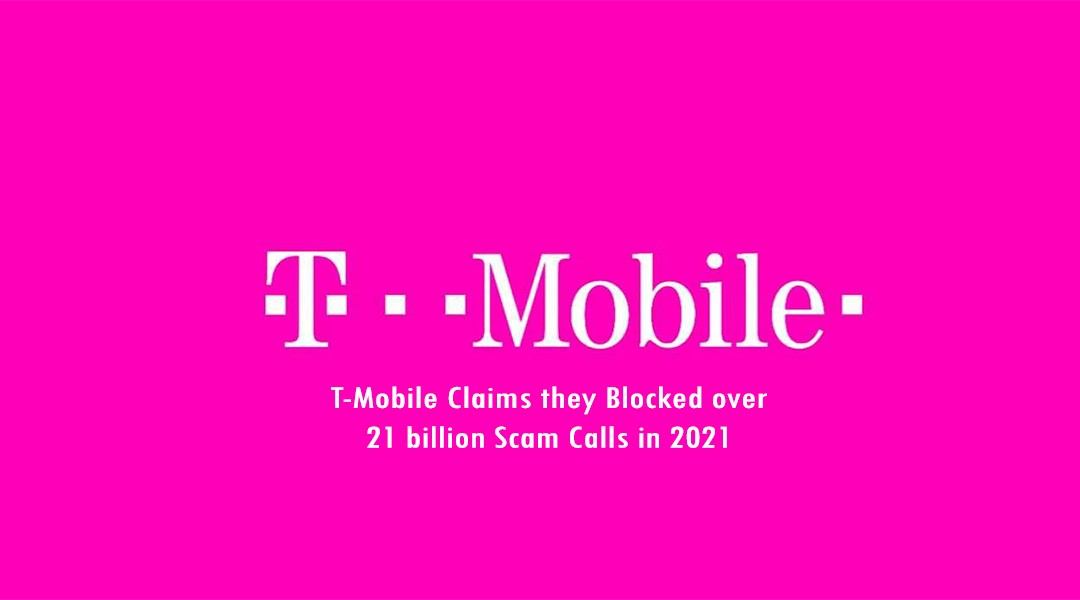 Following this, the company announced that spam call traffic more than just doubled in 2021. Attempts were reported to hit a total average of a hundred and twenty-five million (425 000 000) calls every week.

These spam calls blocked by T-Mobile were said to have been blocked via its scam shield service. Of these calls blocked, over half were related to fake vehicle warranty scams while other simply impersonated social security employees, wireless providers, car insurance companies, and package delivery.

From the information gathered so far, these scammers making these scam calls had their preferred locations as Texas, Florida, Arizona, and Georgia with the most targeted area code being the Dallas/Fort Worth area.

As most of us may already know, the T-Mobile scam shield service was launched just last year with the promise of protecting its users regardless of their various plans.

With this service in place, you can choose to either screen calls as a spam likely call when it comes it or just block it so you do not receive it (simply put, there are a lot of options. Just toggle the one you want on).

All things considered; this is a rather impressive result. Other competitive companies like AT&T and Verizon also released stats for scam calls. AT&T claims that they’ve blocked over sixteen billion (16 000 000 000) suspicious calls since 2016 via their ActiveArmour service.

Verizon on the other hand revealed that around seventy-eight million (78 000 000) of its customers were protected from thirteen billion (13 000 000 000) unwanted calls by its Verizon Call Filter Service. Further research can be done on Google.