The U.S. Election 2020 which is the United States 2020 presidential election is gradually becoming one of the most talked-about election in the world. Everyone seems to be on the lookout for new information concerning the US Election 2020. 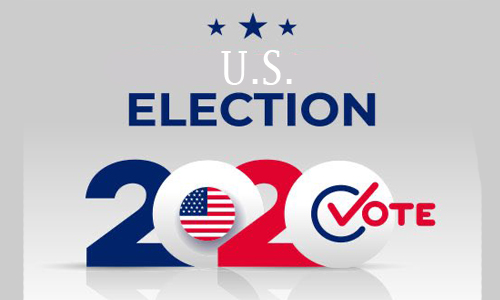 It is little wonder that this matter is of great concern to the world since the United States is one of the most world-leading countries in the world today. The United States has built itself over the years to achieve this level of greatness and has become a trailblazer for other countries to follow suit.

Eligibility of Voters in the U.S.

The eligibility of voters in the United States is established both through the United States Constitution and by the State law. Voting rights are not restricted by race, color, previous condition of servitude, or sex. Anyone above the age of 18 is eligible to vote but in the absence of a specific federal law or constitutional provision, each state is given considerable discretion to establish qualifications for suffrage and candidacy within its own respective jurisdiction. In addition to that, states and lower-level jurisdictions establish election systems.

The body of the Electoral College is made up of five hundred and thirty-eight (538) Electors. These 538 Electors are electoral votes allocated to the state and to the District of Columbia for 2012, 2016 and 2020 presidential elections. This allocation of electors vote is based on the populations from the 2010 census.

Number of Electors from Each State in the U.S.

There are fifty-two (52) states in the United States and each state is worth a number of Electors proportionate to its representation in congress. The more populous states have more Electors allocated to them. Choosing these Electors for each state is a two-part process.

The most populated state which is California is allocated 55 Electors which is the highest. The smaller states with small Electors are highly considered during the Electors voting for the presidential elections. Below is a list of the states in the U.S. and the number of Electors vote allocated to each one.

These are the states and the numbers of votes that are allocated to them.

Super Tuesday in the U.S. 2020 Elections

The Two Major Parties in the U.S.

There are two major/dominant political parties in the United States and they are the Republican Party and the Democratic Party. These parties have been dominant in the United States since 1850 and are based on Laws, party rules and customs. There are other smaller parties that have also won significant offices at the state level.

The candidates of the U.S. Elections 2020 are must be born in the United States, be at least 35 years old and must have lived in the U.S. for the previous fourteen (14) years to be eligible. These are the basic eligibility criteria being a candidate of the presidential elections in the U.S.

The following listed candidates have already dropped out from the U.S. Elections 2020.

Trump, Weld, Walsh, and Sanford are the only Republicans on the list.

The election process in the U.S. usually starts with the primaries and caucuses in January or February of the election year. This ends in mid-June before the general election in November. The Primaries are run by the state and local governments while caucuses are private events that are directly run by the political parties themselves. The purpose of primaries and caucuses is for citizens to vote in their delegate (Elector) who supports the same presidential candidate. Voting in these Electors would represent the citizens, and in turn vote for their desired candidate. Some states only have caucuses or primaries or both.

Having met with these criteria, you are very eligible to participate during the voting process on November 3rd, 2020. Also, there are some persons that cannot vote during the U.S. 2020 Elections, they are;

People in the United States who fall into any of these categories may not be eligible to vote in the U.S. 2020 Elections. Note that although the voting is electronic, there is no online voting.

How a Presidential Candidate wins in U.S. 2020 Elections

What Happens After the Elections

After the elections in December 14th, 2020 and a winner emerge, there will be a brief transition period. This period allows the new president to select cabinet members and make plans. Then in January, the new president and the vice president would be sworn in. this event is called the Inauguration. This inauguration would always take place on the 20th of January at the U.S.  Capital building in Washington.

The president and vice would officially resume their offices and titles after reciting the oath of office which has been used since the late 18th century. And after the ceremony at the congress, the president would make his way back to the White House in a parade to begin their term of four years.