“Social Network Policy on United States Presidential Election 2020”. The U.S. was caught off guard by foreign interference in the 2016 election, but shocking a nation that’s spent the last eight months expecting a convergence of worst-case scenarios won’t be so easy.

Social platforms have braced for the 2020 election in a way they didn’t in 2016. Here’s what they’re worried about and the critical lessons from the last four years that they’ll bring to bear. 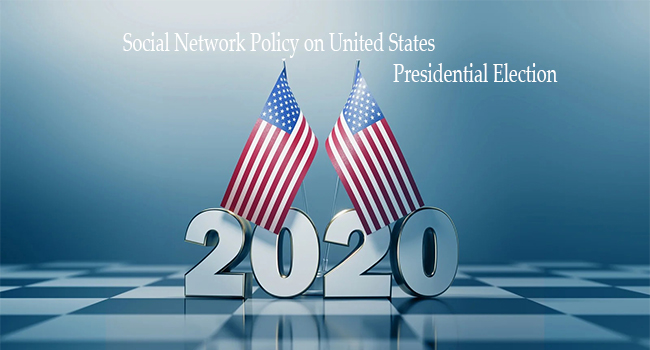 President Trump has repeatedly signaled that he won’t accept the results of the election in the case that he loses — a shocking threat that could imperil American democracy, but one social platform has been tracking closely. Trump’s erratic, often rule-bending behavior on social networks in recent months has served as a kind of stress test, allowing those platforms to game out different scenarios for the election.

Facebook and Twitter in particular have laid out detailed plans about what happens if the results of the election aren’t immediately clear or if a candidate refuses to accept official results once they’re tallied.

On election night, Facebook will pin a message to the top of both Facebook and Instagram telling users that vote counting is still underway. When authoritative results are in, Facebook will change those messages to reflect the official results. Importantly, U.S. election results might not be clear on election night or for some days afterward, a potential outcome for which Facebook and other social networks are bracing.

If a candidate declared victory prematurely, Facebook doesn’t say it will remove those claims, but it will pair them with its message that there’s no official result and voting is still underway.

Twitter released its plans for handling election results two months ago, explaining that it will either remove or attach a warning label to premature claims of victory before authoritative election results are in. The company also explicitly stated that it will act against any tweets “inciting unlawful conduct to prevent a peaceful transfer of power or orderly succession,” a shocking rule to have to articulate, but a necessary one in 2020.

On Monday, Twitter elaborated on its policy, saying that it would focus on labeling misleading tweets about the presidential election and other contested races. The company released a sample image of a label it would append, showing a warning stating that “this tweet is sharing inaccurate information.”

To address concerns around election misinformation in ads, Facebook opted for a temporary political ad blackout, starting at 12 a.m. PT on November 4 and continuing until the company deems it safe to toggle them back on. Facebook hasn’t accepted any new political ads since October 27 and previously said it won’t accept any ads that delegitimize the results of the election. Google will also pause election-related ads after polls close Tuesday.

Facebook has made a number of big changes to political ads since 2016 when Russia bought Facebook ads to meddle with U.S. politics. Political ads on the platform are subject to more scrutiny and much more transparency now and Facebook’s ad library emerged as an exemplary tool that allows anyone to see what ads have been published, who bought them, and how much they spent.

Unlike Facebook, Twitter’s way of dealing with political advertising was cutting it off entirely. The company announced the change a year ago and hasn’t looked back since. TikTok also opted to disallow political ads.

Politically motivated violence is a big issue this week in the United State. A concern that displays just how rigid the situation has expanded within four years of Trump season. Leading into Tuesday, the president has frequently made incorrect claims of voter fraud and give supports to his followers to involve in voter pressuring, a threat Facebook was clued into enough that it made a policy prohibiting “militarized” language around poll watching.

The social media platform, Facebook is the biggest online arena in were United States political life role. While some number of Americans watching videos on YouTube, Facebook is where they go to peer it out over electoral candidates, share either legitimate or not news stories, and generally convey themselves politically.

Despite Facebook’s surviving unfounded political errors, there are reasons to be hopeful that the company might prevent election-related misfortune.

Twitter’s plan for the United States 2020 Election has been well-transmitted and detailed. In 2020, Twitter treats its policy decisions with more exposure and communicates them in real-time without being afraid to admit to errors. The relatively small social network plays an oversized role in publishing political content that is augmented elsewhere, so the choices it makes are critical for deflecting disinformation and fundamentalism.

You can get more information at https://www.state.gov/elections-101-the-role-of-social-media-in-us-elections