Three New Star Wars Game Announced by EA and Respawn. Right in the years leading to when Disney revived the Lucasfilm Games Brand, Electronic arts was the sole license holder for the Star Wars video games. While Star Wars might be spreading to other developers like Ubisoft and Quantic Dream, Electronic Arts are yet to be finished with the license yet. 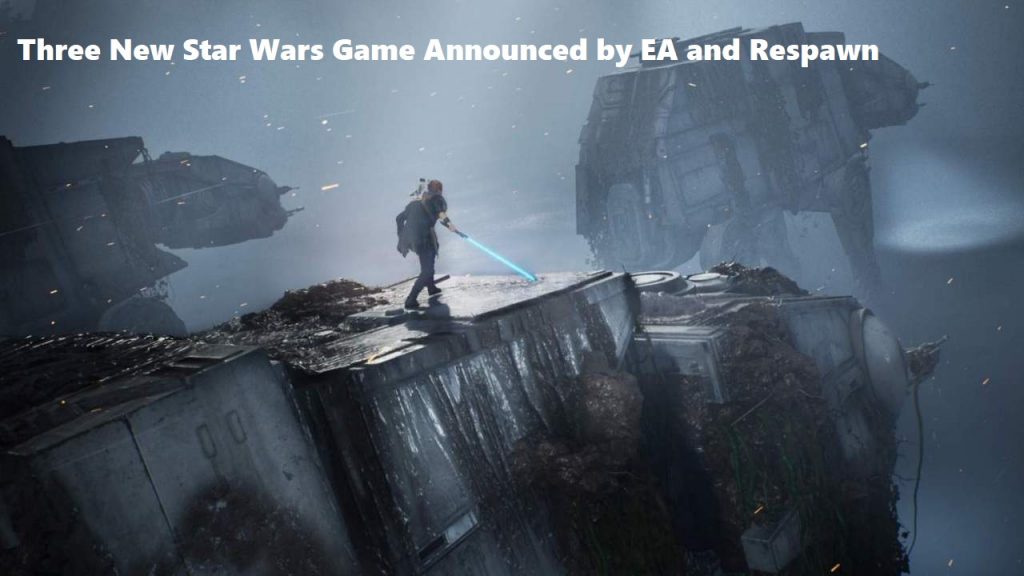 As a matter of fact, it is not even close to finished, as Electronic Arts announced today that three new Star Wars games are still in development at Respawn entertainment.

A New Star Wars Jedi Game is in the works

One of the confirmed games that came from today’s announcement from EA includes the next Games in the Star Wars Jedi Series. While a lot of use would probably already have assumed a follow-up to the 2019’s Star Wars Jedi: Fallen Order was in the works, it is good to have this confirmation. According to SlashGear, this might be a direct sequel to the fallen Order, but according to the press release by EA stops short of confirming that, calling it just the “next game” in the series.

Stig Asmussen, that served as a game director for Star Wars Jedi: Fallen Order game is expected to take the role once more on this new title. Vice Zampella is expected to oversee all three of respawn’s projects, so it seems like he would have his hands full. But unfortunately, details concerning the next game were non-existent in today’s announcement, so we do not have any story details or even release date information for us to share during the period of this writing.

Aside from the next coming Star Wars Jedi game, respawn also would be working on a new FPS Star Wars title and a new Star Wars Strategy game. The FPS would be further directed by peter Hirschmann, but in keeping with the theme of the day, no details concerning the content of the game were revealed.

This interesting new strategy game is expected to get more intriguing because respawn is expected to only be acting as producer on the title. The development is expected to be handled by Bit Reactor, which is a freshly launched studio led by Greg Foertsch. As previously served as Art director on XCOM: Enemy Unknown and XCOM 2, it’s yet to be known if this Star Wars strategy game would offer much similar gameplay to that of the XCOM series.

Today, it was confirmed that all these games would already be in development, although given that its presses release was short on information, we would be guessing that all of them are in the early stages. It should be stated that respawn would be hiring for these projects, so if you happen to be a developer, artist, or designer, it may actually not be much of a bad idea to give Respawn’s career page a look.

This is an amazing time for fans of the Star Wars video games because there are too many new titles on the way coming. Not only do we have these three games coming from Electronic Arts, but there’s also a remake of the Knights of the old Republic in the works as Aspyr and a game with the name Star Wars Eclipse is still in development at Quantic Dream.

Right on top of all that, Ubisoft happens to be working on their own open-world Star Wars game of it very own, While LEGO Star Wars: The Skywalker saga getting closer to its release date after years in development.