Well, the new Microsoft update is said to eliminate a major distraction. Microsoft is preparing a pair of upgrades for collaboration platform Teams that will help users customize their video feeds to better suit their needs. 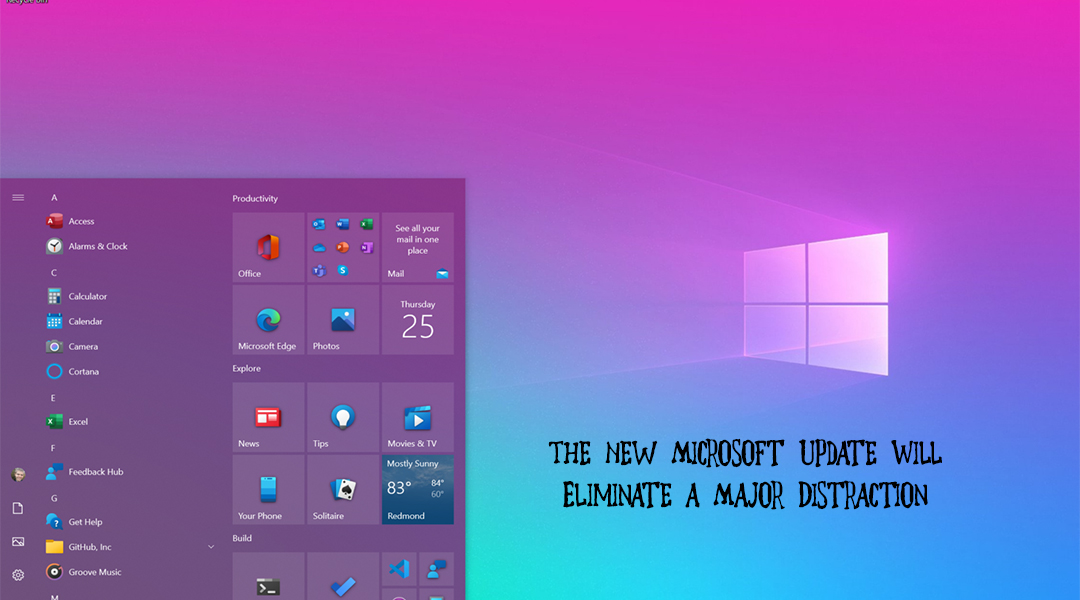 According to TechRadar.pro, the security researchers have found a flaw in Microsoft’s implementation of the Microsoft Windows Platform Binary Table (WPBT) mechanism, which can be exploited to compromise computers running Windows 8 and Windows 10 operating systems.

As per two new entries in the company’s product roadmap, Teams will soon allow users to hide their own video feed during calls and, conversely, to pin it to the screen.

The New Microsoft Update Will Eliminate a Major Distraction

The two new options will cater to different user preferences, Microsoft suggested. The ability to conceal one’s own video feed is said to “help reduce distractions”, while the option to pin the feed lets users position themselves alongside co-workers on-screen if they are so inclined.

Both new features are still currently under development but are scheduled to roll out to all users by the end of November.

Since the start of the pandemic, almost all professionals have had to find a way to make video conferencing and remote collaboration work for them. In the same way some prefer one medium of communication over another (i.e. text chat over email), some people prefer to use each individual service in a particular manner too.

In recognition of this fact, the major players in the collaboration space have made a concerted effort to give users as much control over their personal setup as possible. For example, Microsoft Teams now offers a variety of display options, including a massive gallery view for large-scale meetings.

When it comes to the user’s own video feed, however, Teams is currently a step behind competitors like Zoom and Meet, both of which already gives users the option to minimize and pin. Currently, the user’s video is displayed in the bottom right corner, come what may.

While the new additions may appear insignificant in isolation, they will contribute towards an overall feeling of flexibility that Teams users are bound to appreciate. You can read the original article from this link.