T-Mobile is making its 5G Home Internet $10 Cheaper. The internet service provider company T-Mobile announced that it will be cutting the price of its 5G-powered home internet service by $10. It may not seem a lot to some persons, but to others, it really is a lot. 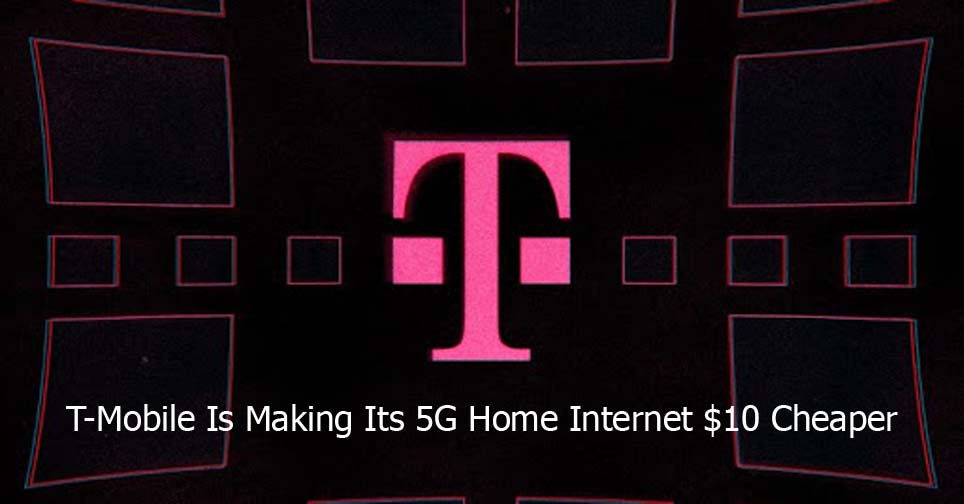 The company will be bringing the price of its 5G-powered home internet service to the previous amount of $50 it charged during its pilot program. The $50 a month fee will get users internet with no data capacity (unlimited data), an internet speed estimated at 35 to 115Mbps, and also a router that is capable of turning 5G and LTE into Wi-Fi. However, you will have to return the router if you ever chose to cancel the contract-free plan.

The company is resilient in its stand that your bill won’t get any higher than the $50 mark. In a press release, the company says that there are no installation fees, activation fees, or equipment rental fees. This move is seen as kind of an apology for all the fees that traditional internet service providers have charged users.

Users have had to pay an $80 a month fee for Comcast with a data cap. With the deal offered by T-Mobile, it is hard to argue that it is not preferable as users have now got to pay less for more. The company really wants to let users and customers know how much it really hates fees, at least hats how it feels.

Why You Should Get the T-Mobile Deal Now

There are lots of reasons you should get the deal offered by T-Mobile right now. Of course, there are still some question marks regarding the company and its services. There is automatic billing turned on when you first subscribe to the service. Although you can put it off, you will have to pay $5 a month instead. Also, you will be paying for taxes and other compulsory fees; it’s just that they are built into the price tag of $50.

The company warns however that you could have your service slowed down in the event of much congestion. Some of the executives of the company told the verge when asked for comment on the matter that it is very “unlikely”. And since there are no installation fees attached to using the service, it simply means that you will have to do it yourself. It is estimated by the company that it will take you up to 15 minutes for it.

Can The T-Mobile Be Used For Home Internet?

If you have been reading this post from the start, then you should know the answer to this question already. While 5G centers mostly on mobile phones, some internet providers can also use it to provide home internet services. And in the case of T-Mobile, this is the case. With T-Mobile 5G home internet service you get a stable connection and an unlimited source of data at a very affordable price of $50.