Telegram gains 70 million new users in one day after six-hour-long Facebook outage. CEO of Telegram, Pavel Durov announced that the encrypted messaging app telegram gained a record high of 70 million users on Monday, just one day after Facebook experienced a blackout that lasted for up to 6 hours across its services. 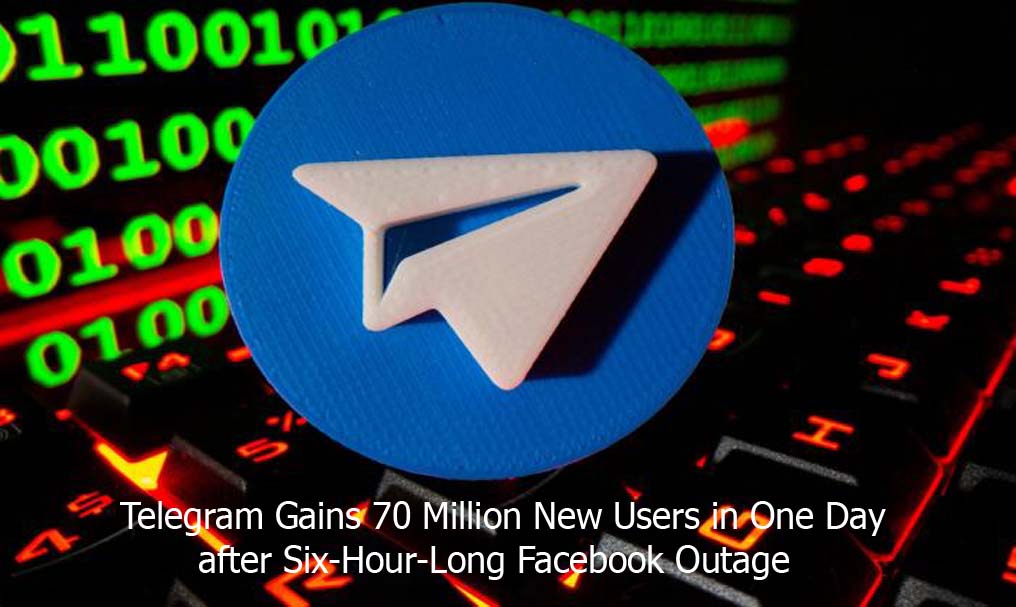 Besides telegram, another encrypted messaging app Signal is also reported to have gained millions of new users on the same faithful day. Telegram and signal are direct competitors of Facebook-owned WhatsApp. The outage also took out the Facebook messenger and also left users on Instagram stranded they were unable to send messages on the colorful social media app.

The 70 million new users is an increase of over 10% compared to the company’s 500 monthly active users it had as of January this year. This is the last time the company had a similar surge in new users and it was all thanks to Facebook coincidentally s the social media platform had issues at the time. Messaging app, WhatsApp at the time misintroduced a new privacy policy that led to concerns that it would be sharing private user data with Facebook, its parent company.

The CEO of the telegram claimed that the platform continued to work flawlessly even with the surge of new signups. He however admitted that some users in the Americas may have experienced slower speeds than usual. The reason for this was that many users in the region rushed to sign up for an account at the same time. Users on signal also experienced similar issues as some users were not able to see all of their contacts.

Durov wrote, “For the new users I’d like to say this – welcome to the telegram, the largest independent messaging platform. We won’t fail you when others will.” The social media platform telegram continues to take customers from its competitor WhatsApp and early this year, it even added the ability for users to import WhatsApp chat histories. The move was designed to help users easily and flawlessly switch from WhatsApp.

What This Means for Facebook-Owned WhatsApp

The telegram company also has added more features over the course of his year. One feature it added was video calling and live streaming. The company however still doesn’t offer end-to-end encryption by default, although WhatsApp and Signal do it.

Whistleblower Edward Snowden during the six-hour-long outage wrote “Facebook-owned WhatsApp being down is a reminder that you and your friends should probably be using a more private, non-profit alternative like @signalapp anyway. It’s just as free, and takes like 30 seconds to switch.” It is no news that Snowden would write something like this as he has been a proponent of signal for a long time now. He even said in 2015 that he made use of the app every day.