Will there be another Facebook, WhatsApp, and Instagram system outages? This seems to be the question on the lips of every user out there today. Well, will you blame these users? 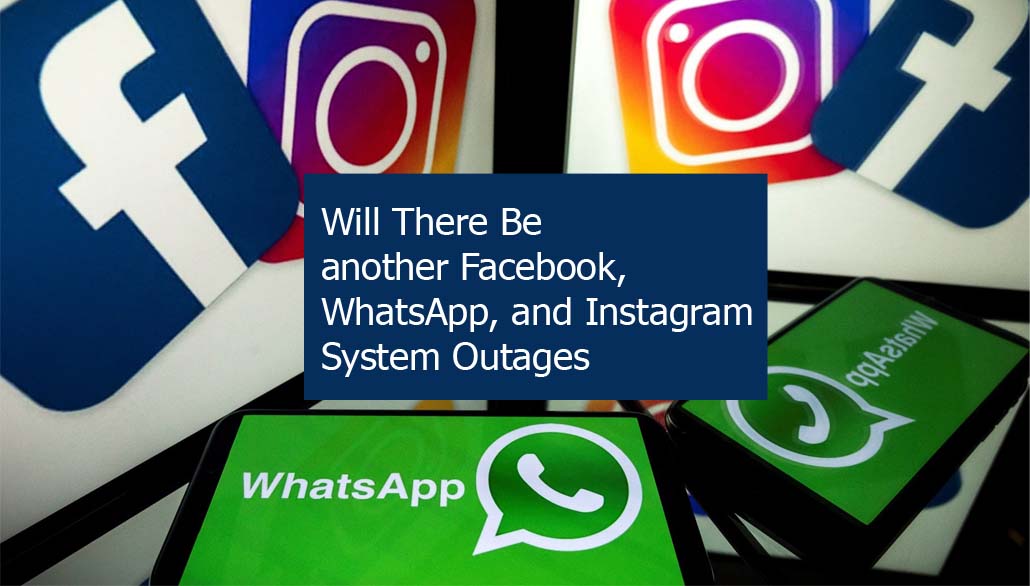 Facebook, WhatsApp, and Instagram are apps that are now a huge part of the lives of many people all over the world and since this is not the first time something like this is happening on the platform, users would love to know what to expect in the near future.

Facebook, WhatsApp, and Instagram, on Monday all experienced close to six hours long system outages. Users and account holders all over the world were unable to access their accounts, send or receive messages during the six-hour-long outage. Businesses majorly suffered a lot of loss during this period s they were unable to attend or respond to activities on their business fronts on these social media platforms.

Finally, after close to six hours, the platforms came back online. CEO of Facebook, Mark Zuckerberg was quick to put out a statement, stating the cause of the outage. He even tendered an apology to users all over the world as to the inconveniences the event may have caused. While these apps and platforms may be back online, users are still not satisfied with what happened and why it took so much time to get the issue fixed.

While the company and CEO have urged users that everything is in control, users are still adamant as to what to expect in the future. Remember the first time the social media platform was down, it lasted for almost 24 hours, and now the same thing or almost similar thing is happening again. And this time, it is not just Facebook as WhatsApp, Instagram, and even messenger all went dark for the time of the outage.

One similar issue with the two outages is that the issue came from within. Now the question here is Facebook and its CEO overwhelmed with the success of its platforms? Or is there something else they are not just telling us?

Rumors Surrounding the Facebook Outage: Will There Be Another?

During the time of the outage, a lot of things were running through the mind of users and account holders all over the world. It was first rumored to be a cyber-attack towards getting user information on Facebook. In some regions of the world, users thought their leaders had taken down the platforms for some reasons unknown to them.

One prominent rumor however was that the outage had something to do with the whistleblower. This very rumor held lots of ground due to the fact that the outage happened just a day after the whistleblower made some revelations about the company. However, the company was quick to squash any rumor regarding why the platforms were down, claiming it was due to “a faulty configuration change.”

As of this moment, there hasn’t been any rumor as to whether there would be any other outage in the near or distant future. The company continues to assure its users that the issue was temporary and had nothing to do with whatever was circulating in various media both online and offline. The company also assured users of doing everything in their power for a great experience on the platform.

The outage of course caused a ripple effect. Facebook on its end lost $6 billion in stock price during the outage. The outage also caused a surge in new signups on both “telegram and signal” one of its major competitors. The social media platforms are now back online and users can now return to their businesses on Facebook, WhatsApp, and Instagram successfully.