Yes, Scroll Is Shutting Down To Become Part of Twitter Blue. Scroll’s ad-free subscription web service is shutting down as an independent entity in “approximately” 30 days, the company announced in an email to subscribers. 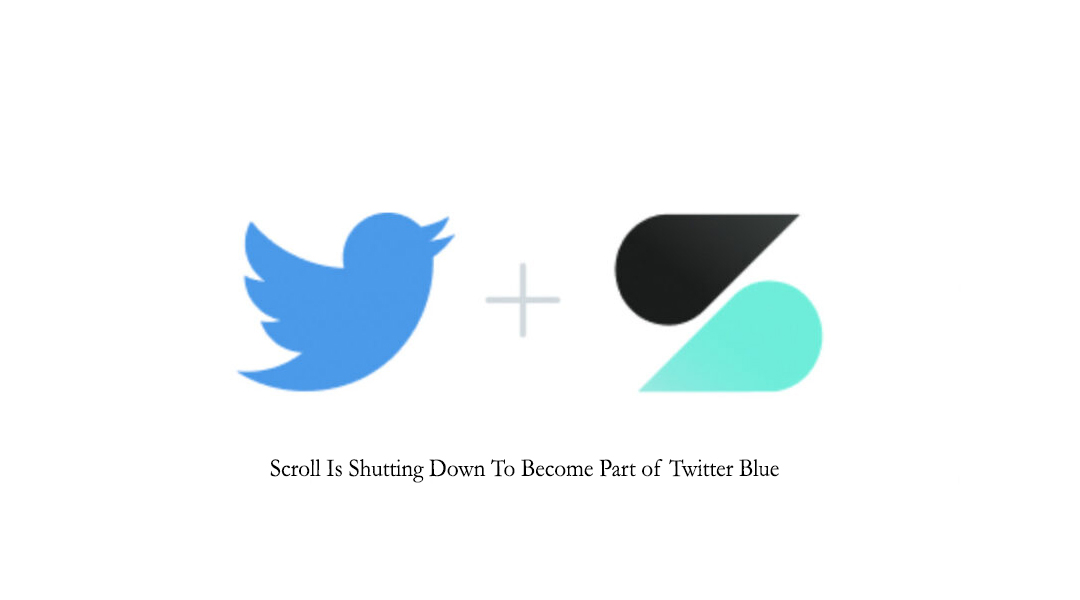 Well according to the verge, the service which was purchased by Twitter earlier this year will instead be rolled into the burgeoning Twitter Blue premium subscription as “Ad-Free Articles.”

Twitter confirmed in an email to TechCrunch. Twitter acquired Scroll in May and had said it planned to offer Scroll as a premium feature on its platform. Once Scroll shuts down as an independent service, it will become “Ad-Free Articles” as part of Twitter Blue.

Scroll Is Shutting Down To Become Part of Twitter Blue

Scroll was bought by Twitter in May, at which point it stopped accepting new sign-ups while the company figured out its plans for the ad-free service; today’s announcement that Scroll’s service will be added to Twitter Blue seems to provide the answer.

Twitter Blue currently offers a variety of bonus features for the service, including an “undo send” feature for quickly retracting your tweets, a bookmarks folder for grouping and saving tweets, and a reader mode that converts long threads into a single, cohesive block of text.

It also adds some cosmetic changes, including color themes and custom app icons. But the addition of Scroll’s ad-free service would mark one of the biggest features to come to Twitter Blue yet.

There are not a lot of details in Scroll and Twitter’s announcement of what the changeover will look like, practically speaking.

The two companies have yet to clarify how existing Scroll customers will transition over to Twitter Blue (assuming there’s a direct path to switch at all), when Scroll’s service will be available on Twitter Blue, or even a concrete day that the standalone service’s shutdown will be. The company is promising more information in the coming weeks.

Also, absent from the news is any information on price and availability. One of the selling points for Scroll was that it’s $5-per-month fee would go (at least in part) towards funding the journalism that subscribers read: Scroll kept $1.50, while the other $3.50 per month was divvied up amongst sites based primarily on how much a reader was reading them.

Twitter hasn’t said if it’ll be changing that price, either currently, Twitter Blue is only available in Australia and Canada for $3.49 CAD or $4.49 AUD, with a rumored $2.99 price tag for the US. Adding Scroll in its current form to that service without raising the price would mean a big change in how sites get paid.

Additionally, Twitter Blue is currently only available in Australia and Canada so far, meaning that unless the service expands greatly in the next month, it could be some time before existing Scroll customers are able to get back their ad-free experience.

Assuming that Twitter’s implementation of its “Ad-Free Articles” is still the same Scroll experience. Well, you can get more details here.