NASA’s mega moon rocket will reportedly be fitted with Orion capsules for the first time. The mega moon rocket which is reportedly the greatest and most powerful rocket NASA has ever built will be wearing the Orion just like a crown as it prepares for testing scheduled for the Artemis I mission in 2022. 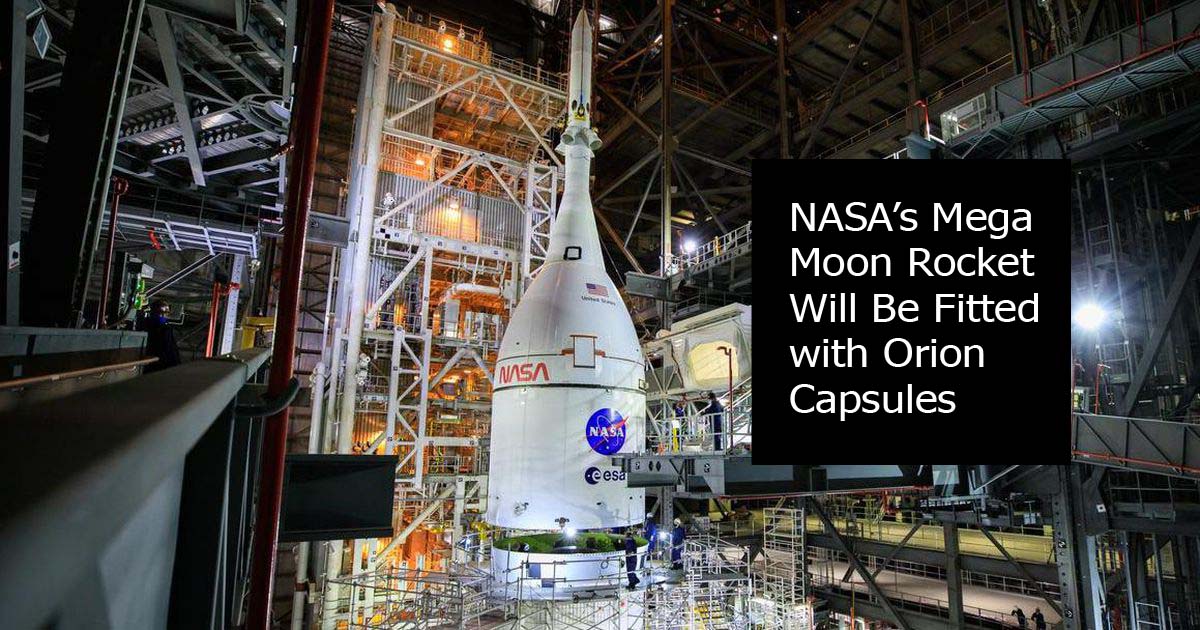 NASA’s Mega Moon Rocket Will Be Fitted with Orion Capsules

Inside the vehicle assembly building at the Kennedy space center in Florida the space launch system rocket and the Orion stands in preparation for the launch of the Artemis I mission. The Artemis I mission will be an unscrewed trip around the moon and back.

NASA has already confirmed that the configuration of the craft stands at 322 feet or 98 meters tall. And with the said measurement, it is said to be reportedly taller than the statue of liberty. If you haven’t seen it, it could be challenging to try to even understand the scale of the SLS and Orion.

A video was shared on Thursday updating people on the progress so far by the Kennedy space center. The video gave epic details from the bottom of the rocket all the way to the top. NASA tweeted after that “work is currently underway to fully secure the spacecraft to the rocket.”

Image of the SLS standing up with its boosters added have been previously shared and seen by many back in June. In September fresher and newer images were shared, but even at the time, it was still lacking the component of Orion.

In the early hours on Wednesday, the process of adding the Orion began with the lifting of the spacecraft into the right position with the help of an overhead crane. If you would love to know and learn of the whole process involved with the moving of Orion into place, you can check NASA’s Artemis I lift-and-mate photo album.

The Aim of the Artemis I Mission

The space agency has previously slated November as the time for the launch of the Artemis I, but with reports and new developments regarding the matter, it could easily slip into 2022. The main aim of the whole mission is to test the SLS and also check the performance of the Orion spacecraft before it is mounted by human crews for the Artemis II mission.

In an attempt to return humans back to the moon, a successful first Artemis I mission would be a major milestone and step going forward with the mission. The space agency, NASA has always earmarked 2024 as the date for landing on the moon (with Artemis III). But with the recent development, it seems all that’s about to change.

It is very important that all needed pieces of equipment are in fine shape and working well before astronauts arrive on the moon. And the Artemis I mission holds a lot of promises already.