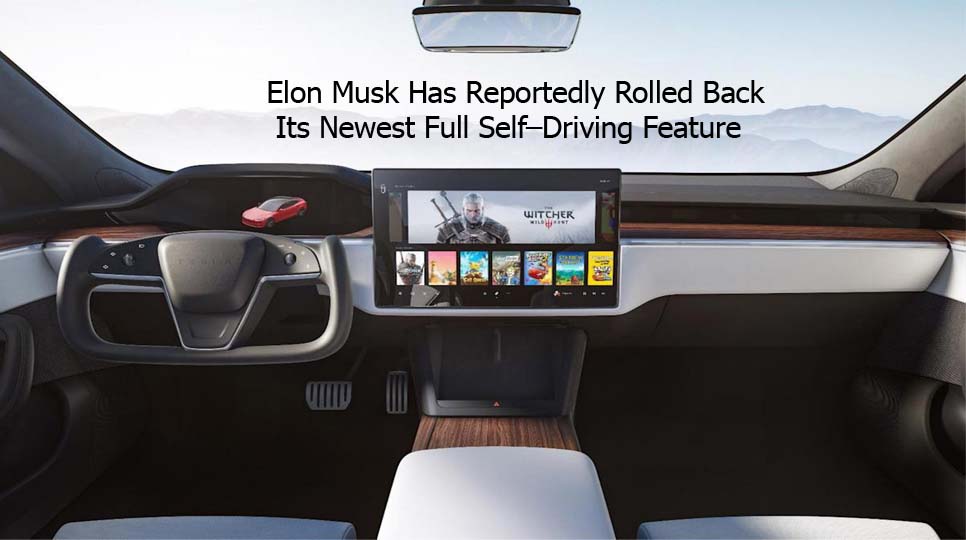 In the tweet, Musk wrote “seeing some issues with 10.3, so rolling back to 10.2 temporarily…please note, this is to be expected with beta software. It is impossible to test all hardware configs in all conditions with internal QA (quality assurance), hence public data.”

The Reason for the Rollback

As contained in Elon musk’s tweet, the rollback is due to software issues and it is to be expected. But in other news making the rounds recently, the news is coming recently since Telsa is coming under scrutiny from regulators questioning the safety of its advanced driver assistance system branded to be “autopilot.”

This is of course after scores of vehicles crashed into parked first responder vehicles as the system was engaged. When it comes to Telsa, autopilots come as standard. The full self-driving feature costs $10,000 and it offers more automated features to users.

Version 10.3 of the FSD was supposed to be released to a handful of Telsa owners but on Saturday, CEO of tells motors, Elon Musk said that owners would have to wait another day. On Saturday, he tweeted that, “regression in some left turns at traffic lights found by internal QA in 10.3…fix in work, probably releasing tomorrow.”

Some Telsa owners that were opportune to have the 10.3 software FSD update posted videos that showed multiple forward warnings on collisions even though there is no immediate danger. Some vehicles on the other hand auto braked also for no reason in particular.

Some Telsa drivers also had access to the update posted on social media platforms regarding various issues with the update including a disappearing auto steer option, autopilot panic, and traffic-aware cruise control.

When Will the Next Version Be Available?

The CEO of Telsa company, Elon Musk tweeted that the company is at the moment working on the issues related to the FSD feature regarding cruise control and autopilot. And of now, Elon musk has not shared a release date for the next version of the FSD feature.