Jack steps down as the Chief Executive Officer of Twitter. The former chief technology officer of the company Parag Agrawal is set to take over the role of CEO of Twitter. 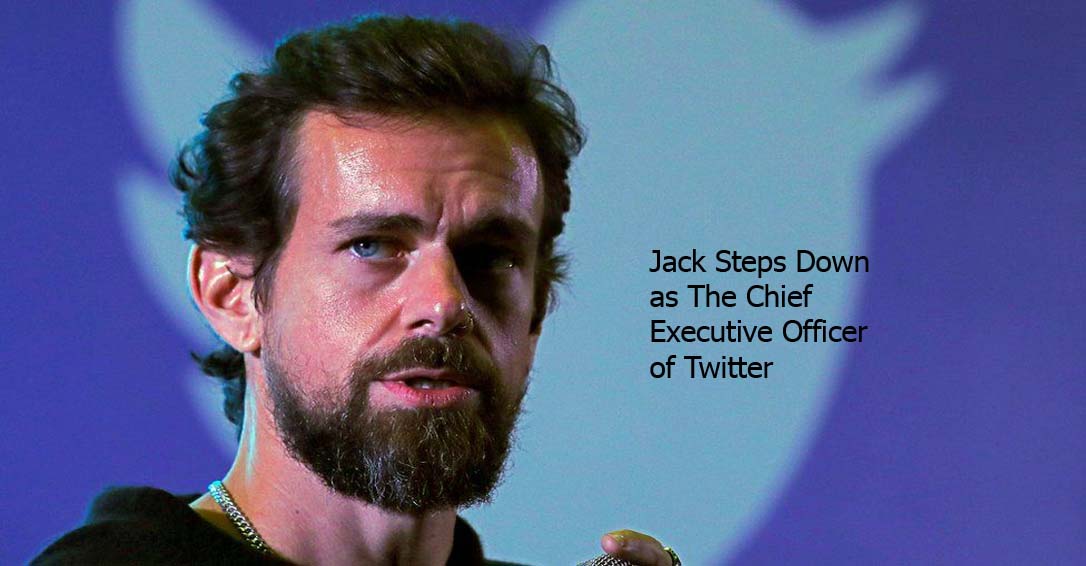 Jack Steps Down as The Chief Executive Officer of Twitter

After co-founding one of the best social media platforms of its generation, jack Dorsey is reported to be stepping down as the CEO of Twitter after nearly 16 years. The social media platform, Twitter on Monday said that its chief technology officer Parag Agrawal will take over as the chief executive officer immediately.

“I’ve decided to leave Twitter because I believe the company is ready to move on from its founders,” jack Dorsey in a press release said. “My trust is Parag as Twitter’s CEO is deep.” The move was first reported by CNBC. Jack Dorsey however will remain as a board member of the company seeing through his term in 2022 and will also help with the transition.

An activist investment fund, Elliot Management after taking a stake in the company began applying pressure on Jack to step down as the CEO last year. The fund also immediately entered a deal with the company that gave it representation power in twitters board but however allowed Dorsey to remain CEO of the company.  Inclusive in the deal was an influx of $1 billion in new capital from silver lake which is a large technology investor.

In an email which he also tweeted out, jack said, “I want you all to know that this was my decision and I own it. I’m really sad, yet really happy.” The leaving CEO also stood firm in the incoming CEOs ability to run the company saying, “He leads with heart and soul, and is someone I learn from daily.”

Parag Agrawal joined the social media platform in 2011 and has since then served as the platform’s CTO. And as the CTO of the company he has led the company’s technical strategy and also introduced and advanced twitters use of machine learning according to a release.

The incoming CEO also shared his very own feelings and expressions on Twitter putting that he is focused on the opportunities that lie ahead for the company.

“We recently updated our strategy to hit ambitious goals, and I believe that strategy to be bold and right,” he said. “But our critical challenge is how we work to execute against it and deliver results, that’s how we’ll make Twitter the best it can be for our customers, shareholders, and for each of you.”

The Impact of Jacks Resignation

The stock of the company spiked after the news report on the morning of Monday. It however settled to be up more than 3%. Trading also was halted.

Jack has been the CEO of the social media platform since 2015. He took over the time after the resignation of Dick Costolo. He has however served as the CEO of the company briefly previously in 2007. He was however fired just after 16 months on the job.

What’s Next for Jack Dorsey?

Jack Dorsey however still remains the CEO of Square which is a digital payments company. He founded the company back in 2009. The company said that it would launch a new business that will focus on bitcoin in a bid to help developers design decentralized financial products. Jack has been an enthusiastic supporter of bitcoin and he also helped to form an endowment in order to make bitcoin the internet’s currency.