We may all be very familiar with the food stamp program in the United States of America. But do we know about the very First Food Stamp Program? We do have ideas about how the food stamp program has been of great benefit to the citizens in the country who find it difficult to feed themselves by helping them purchase healthy and nutritious food. Let us go back in time to how it all started. 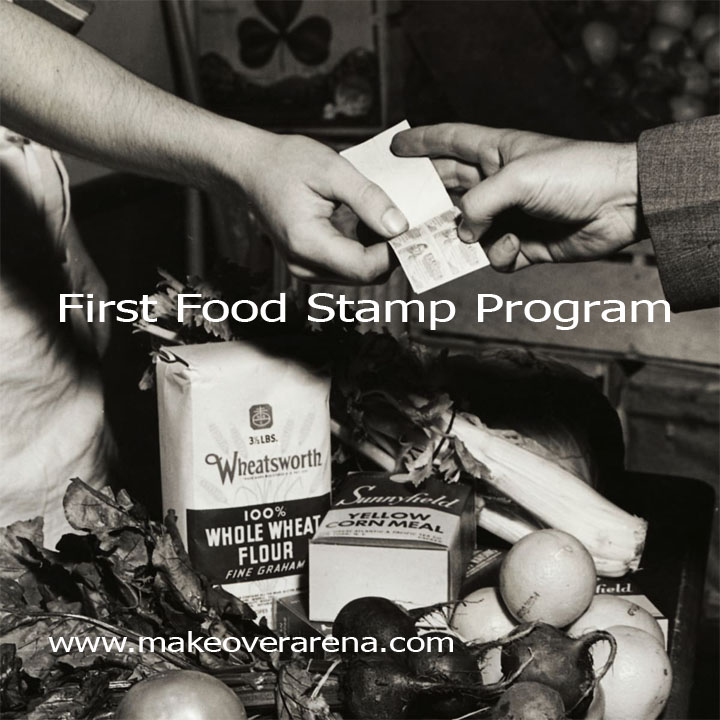 The idea for the creation of the First Food Stamp Program has been credited to different people. Amongst these people, one of the very notable persons is the Secretary of Agriculture, Henry A. Wallace, and Milo Perkins as the first-ever administrator of the program. This administrator in very brief words summed up the program, saying, “We got a picture of a gorge with farm surpluses on one cliff and under-nourished city folks with outstretched hands on the other. We set out to find a practical way to build a bridge across that chasm.”

This statement was made because, at about that year, the nation was facing a tragic paradox: when the nation had its worst economic downturn in history that lasted from 1929 to 1939. This led to Americans suffering from hunger, lack of money, and eventually excess food in the nation.

When Was The First Food Stamp Program Established

Unarguably and obviously, the very First Food Stamp Program was established in 1939. This establishment was done under the leadership of the above mentioned Secretary of Agriculture and the first administrator.

After the creation, the First Food Stamp Program thrived for nearly four (4) years. At the peak of the program, it catered for four million people in the country. During the course of these years, the program reached approximately twenty (20) million people in nearly half of the counties in the United State of America.

After these times, the First Food Stamp Program ended in the spring of 1943. This was because the conditions that brought about the creation of the program: which was widespread unemployment and unmarketable food surpluses, no longer existed.

The First Food Stamp Program operated by permitting people on relief to buy orange stamps and gain blue stamps. The paper food stamps were the tickets to redeeming the benefits of the program. These benefits were the farm produce made available by the program.

On the 31st of January, 1964, the President of the United States, Lyndon B. Johnson requested Congress to pass legislation making the Food Stamp Program permanent. A proposed legislation to establish a permanent Food Stamp Program which had been submitted by Secretary Orville Freeman on the 17th of April, 1963 was eventually introduced. This bill has been passed by Congress and was introduced by Congresswoman Sullivan.

The Food stamp Act of 1964 official purposes were strengthening the agricultural economy and also providing improved levels of nutrition among low-income households. Nonetheless, the practical purpose was to bring the Pilot Food Stamp Program under Congressional control and implement the regulations into law.

The major provisions of the Food stamp Act of 1964 were;

The Agriculture Department estimated that the Food Stamp Program would eventually reach about 4 million people at a cost of $360 million annually. This is far below the actual numbers

The Food stamp act of 1977 also brought about the;

The Food and Agriculture Act of 1977 also included several access provisions. They are;

The integrity provisions of the new program included disqualifications in terms of fraud, enhanced Federal funding for states’ anti-fraud activities, and financial incentives for low error rates. The EPR was implemented on the 1st of January, 1979. And the participation in that month increased by 1.5 million over the preceding month.

It was not until late 2008, that the renaming of the program happened. The program was renamed officially from Food Stamp Program to Supplemental Nutrition Assistance Program (SNAP) and implemented in October 2008. This renaming brought about the replacement of food stamps and coupons with Electronic Benefits Transfer (EBT) cards containing benefits from the program.