Finally, Disney and YouTube TV reaches deal to restore channels including ESPN and ABC amongst others. The new deal reached means that channels and properties owned by Disney would return to the video streaming service after being down from the platform for two days. 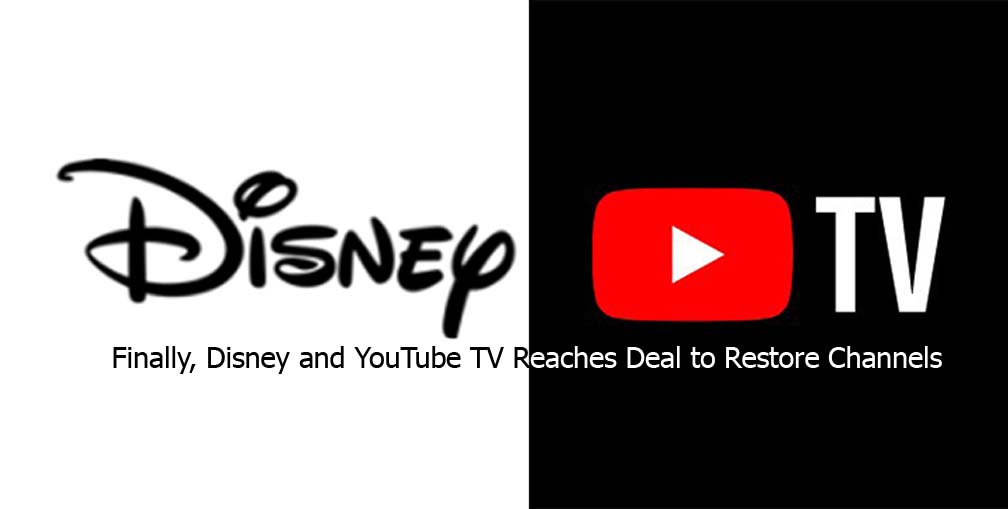 Subscribers to YouTube TV all over the world will once again regain their access to Disney’s suite of networks on the video streaming platform which went down on Friday. This is coming after both companies announced that a new carriage agreement has been reached.

The deal was announced on Twitter by YouTube TV and it means that customers and subscribers to the service will once again regain their access to programming from Disney-owned channels such as ABC channels, ESPN, National Geographic, FX networks, and other Disney-owned platforms and properties.

“We are happy to announce that we have reached a deal with Disney and have already started to restore access to channels like ESPN and FX, and Disney recordings that were previously in your library,” YouTube TV said. The platform also added that local ABC TV stations will start returning throughout the day.

Disney’s Response to the Outage

Disney on the other hand in a statement said “we appreciate Google’s collaboration to reach fair terms that are consistent with the market, and we are thrilled that our robust lineup of live sports and news plus kids, family, and general entertainment programming is in the process of being restored to YouTube TV subscribers across the country.”

What Time Did Disney Owned Channels Go Down On YouTube TV

Channels and services owned by Disney went dark on YouTube TV on Friday night after the video streaming service in a blog post said that it had “been unable to reach an equitable agreement” with Disney just before their existing contract elapsed. On Saturday, both platforms however released statements updating users that they were still working on finding a peaceful resolution to the blackout.

This latest session led to a greatly publicized carriage dispute between Roku and Google. The incident however led Roku to drop the YouTube TV app from its lineup for new subscribers. The notorious battle started back in April which was later settled on the 8th of December, a day after the deadline.

YouTube and NBCUniversal in October extended a contract in keeping some channels on YouTube TV such as Bravo, Oxygen, USA, Telemundo, CNBC, SyFy, E!, and NBC.