Tech guru Elon Musk says he will pay over $11 billion in Texas. In the history of the United States, this is one of the biggest personal tax payments. 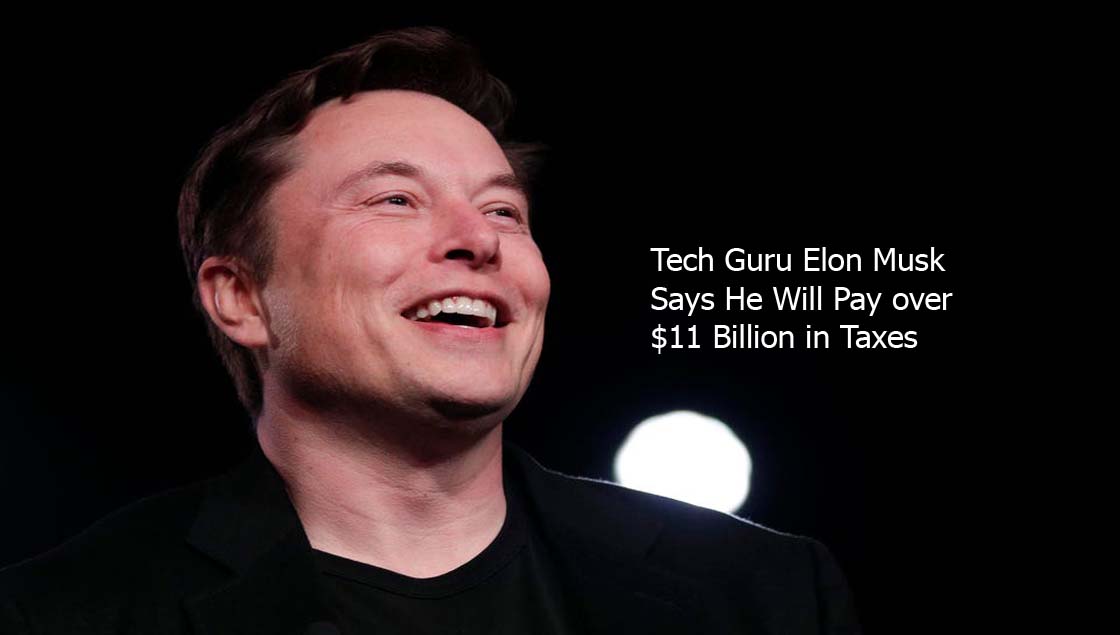 In a tweet just recently, the CEO of Telsa Elon musk said that he expects to pay over a whopping $11 billion in taxes just before the New Year in 2021. The figure he tweeted is roughly in line with a recent report from CNBC which was cited last week as it estimated that the tech guru has already paid $7 both in federal and state taxes this year and that he will pay a further $5 come January 1st. CNBC also reported that the figures could represent “the single largest tax bill ever.”

The disclosure of the amount of taxes Elon musk is prepared to pay is coming at a time where he and other billionaires in the tech industry are facing scrutiny over the amount they pay in tax. CNBC further went on to explain that Elon musk does not take a cash bonus or salary as the CEO of Telsa but he is instead compensated in stock awards.

This means that whenever he needs money, he is able to borrow it using his stock holdings in the company as collateral which of course does not carry the same tax obligations.

Elon Musk Sells Of 10% of His Telsa Shares

Early in November, Telsa boss Elon musk started selling off Telsa shares worth billions of dollars. This involves paying a combined tax of over 53% as cited by CNBC. The decision however was as a result of a November poll conducted on Twitter where users voted for musk to sell off his Telsa stock worth 10 percent.

Experts however have noted that regardless, Elon would have paid a larger proportion of the tax bills on stock options expiring next year. And by the tech guru’s decision to exercise his stock option now rather than waiting till august next year, he just might have dodged a higher tax rate set to be introduced under the Democrat’s Build Back Better bill.

ProPublica reported early this year that Elon musk previously paid zero federal income tax in 2018. It is also reported that in the previous 4 years, he only paid $455 million in taxes despite having his wealth grow by $13.9 billion. While speaking at the Code conference this year, Elon Musk said that his taxes were so in 2018 (zero) because he overpaid the previous year.

While many may see Elon musk’s claim as being the most single person to pay more taxes than any American in history as a good thing, they should not forget that he is the richest person in the world by quite a lengthy margin. The Telsa CEO’s net worth currently is estimated at around $243 billion according to Bloomberg’s Billionaires Index and this is almost $50 billion more than Jeff Bezos’s $195 billion.