FCC Reaches Settlement with Verizon, AT&T, and More over Failed 911 Calls. I’m guessing you are wondering what this is all about, well just read it down. 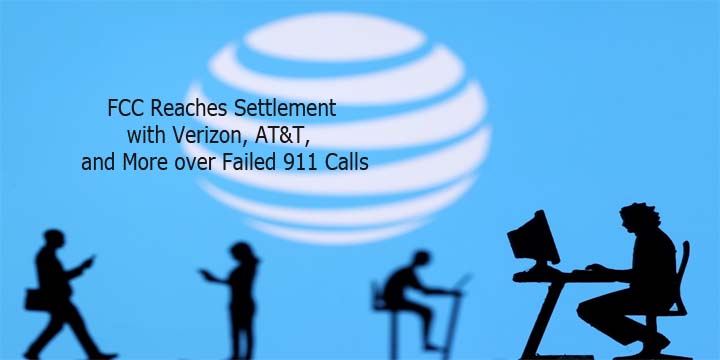 The Federal Communications Commission (FCC) has reached settlements with AT&T, Verizon, Intrado, and CenturyLink (which now goes by Lumen Technologies) over investigations into failed 911 calls that occurred during network outages in 2020.

The verge noted that the companies will pay a total of $6 million combined and also agreed to ensure compliance with the FCC’s 911 availability rules going forward.

AT&T, Lumen Technologies, and Intrado weren’t just probed for failed 911 calls. The FCC also reports that it opened an investigation as to whether these companies alerted the affected 911 call centers of the outages in a timely manner.

It also investigated AT&T for potentially failing to “deliver number and location information” during the outage, which is in violation of FCC rules.

“Sunny day outages can be especially troubling because they occur when the public and 911 call centers least expect it,” said FCC chairwoman Jessica Rosenworcel. “It’s vital that phone companies prevent these outages wherever possible and provide prompt and sufficient notification to 911 call centers when they do occur.”

Just last month, T-Mobile agreed to pay $19.5 million to settle an investigation into whether T-Mobile violated the FCC’s 911 calling rules during the massive nationwide outage that occurred in June.

The Federal Communications Commission (FCC) is an independent Federal regulatory agency responsible directly to Congress. Established by the Communications Act of 1934, it is charged with regulating interstate and international communications by radio, television, wire, satellite, and cable.

The Federal Communications Commission regulates interstate and international communications by radio, television, wire, satellite, and cable in all 50 states, the District of Columbia, and U.S. territories.

The FCC is considered the key authority in the United States that oversees communications law, regulation, and innovation in the technology sector.

Its mission is to help advance the global communications industry through economic support to ensure there is enough competition in the communications sector.