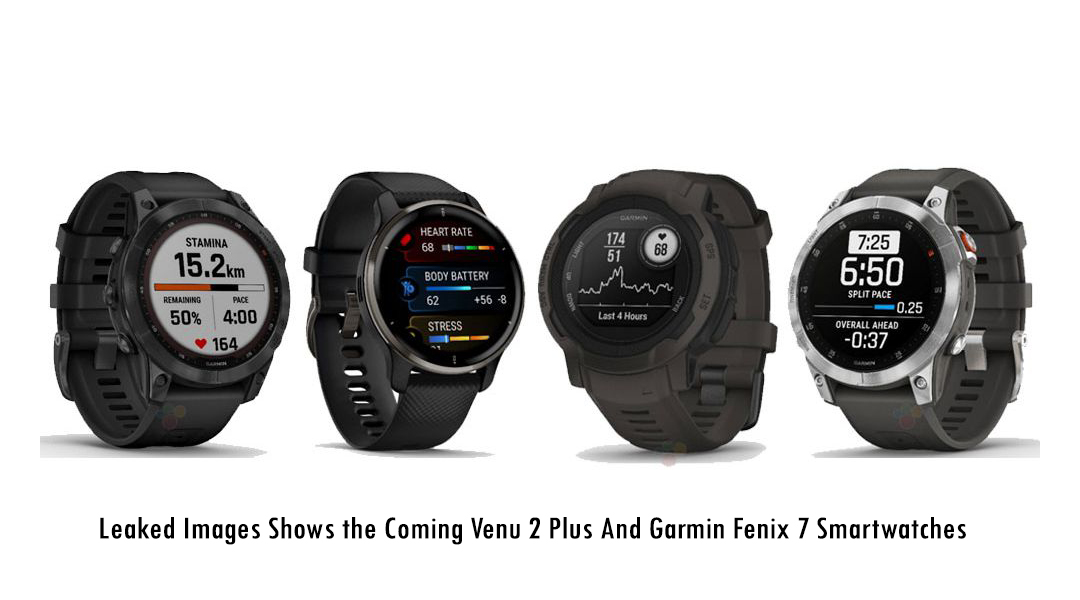 The post shows that the Fenix 7 series may consist of three models: the standard Fenix 7, 7S, and 7X, all of which are rumored to be made of both reinforced plastic and stainless steel.

According to the verge at least one model will carry over the built-in solar panel from the top-end Fenix 6 that charges the device while you’re wearing it, while others will include the familiar tracking features.

It appears that the base model will only come in black, while the Fenix 7S may have an all-white variation, as well as an option that has a rose gold frame with an off-white band. Winfuture doesn’t provide any additional details on the rumored 7X.

Also included in the post is the Epix Gen2. Garmin originally debuted the Epix smartwatch in 2015, and unlike its predecessor, the leaked images show that the Epix Gen2 trades a square watch face for one that’s round.

The Epix Gen2 looks to have built-in GPS like the original, along with features new to the Epix line of watches, including a blood oxygen sensor, heart rate monitor, and sleep tracking capabilities.

Images of the Instinct 2 and 2S show that the watches may have retained the same rugged look that the original Instinct had when it was first released in 2018.

Winfuture claims the watches use an e-ink display that allows the device to conserve battery life, and also comes with features that track your heart rate, steps, and sleep. The white variation of the base Instinct smartwatch appears to have an integrated solar panel.

However, it remains unclear what the differences are between the 2 and 2S, but it’s possible that the 2S is the smaller of the two. The same can be said for the Fenix 7 and 7S, considering that the previously-released Fenix 6S and Fenix 5S models have smaller displays.

The Venu 2 Plus Seems To Have an Additional Third Button

Lastly, Winfuture shows us more of what appears to be the Venu 2 Plus. Leaked images of this smartwatch have already been floating around the internet, and the images here only corroborate what the initial leak shows.

The device is rumored to have both black and white variations, as well as come with an OLED display. It also seems to have an additional third button that the standard Venu 2 doesn’t have, but it’s unclear what it may be for.

We may not have to wait much longer for Garmin to officially announce the lineup. With CES 2022 just weeks away, Garmin may make the big reveal at the event. For now, you can see all of the leaked images on Winfuture’s site.