YouTube TV cut a deal with Disney to restore channels including ESPN, ABC. The new carriage contract means Disney-owned properties will return to the streaming service after a two-day outage. 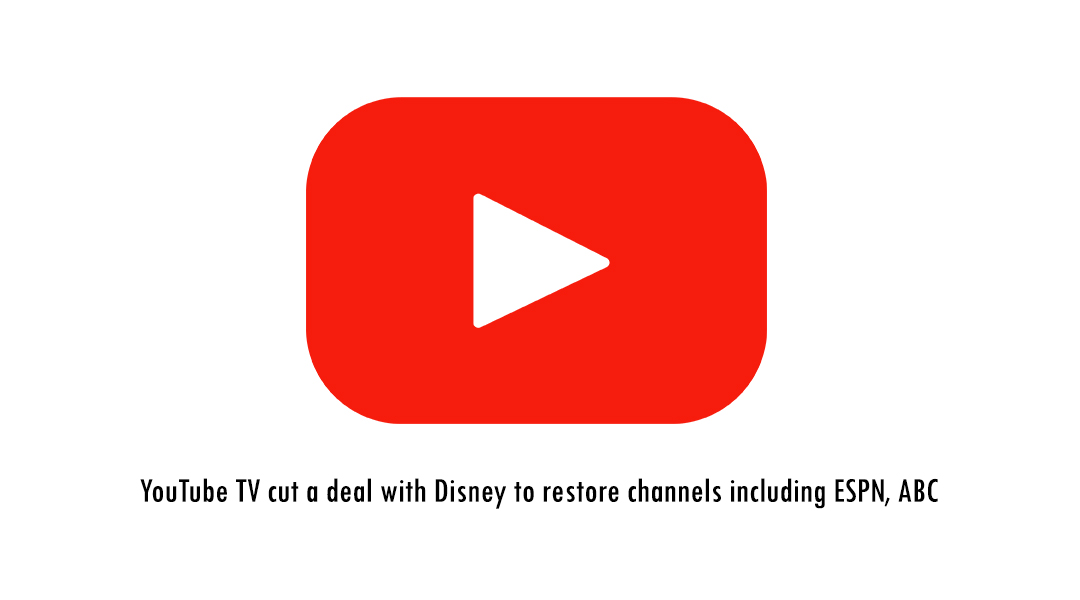 According to Cnet, YouTube TV customers will regain access to Disney’s suite of networks, which went dark Friday, after the companies announced Sunday they had reached a new carriage agreement.

YouTube TV cut a deal with Disney to restore channels including ESPN, ABC

“We’re happy to announce that we’ve reached a deal with Disney and have already started to restore access to channels like ESPN and FX, and Disney recordings that were previously in your Library,” the Google-owned service said, adding that local ABC TV stations will begin turning back on throughout the day.

“We appreciate Google’s collaboration to reach fair terms that are consistent with the market, and we’re thrilled that our robust lineup of live sports and news plus kids, family, and general entertainment programming is in the process of being restored to YouTube TV subscribers across the country,” Disney said in a statement.

“For active members who have not yet received the promised discount on their monthly bill, you will automatically receive a one-time credit on your next bill with no action needed,” YouTube TV said.

“For members who were impacted and have initiated the cancellation process, we would love to welcome you back.”

YouTube TV said that it has started to restore access to the Disney-owned properties on its service, including local ABC stations, which will return “over the course of the day.”