Epic Games Store Free Weekly Games to Continue Another Year. Epic Games just recently published its 2021 Year in Review, and while it’s very fun to look back, it’s got more interesting to see what’s still yet to come. In some cases, the horizon has never looked much better. Epic Games has confirmed that they would be proceeding with the giveaway for free all throughout 2022. 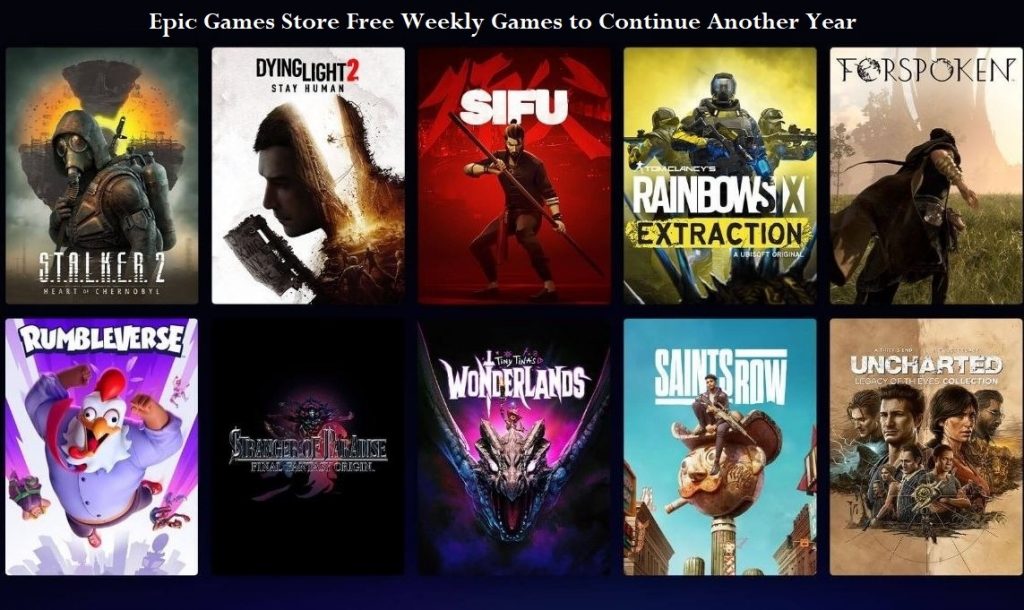 In a market still heavily dominated by Steam, Epic Games has made a name for itself largely thanks to its weekly game giveaways. Starting from 2019, Every Epic Game user is expected to pick up a new game once a week, and the games are not to be cheap for the platform to give out. The 2021 lineup included a lot of excellent titles, such as Among Us, Overcooked 2, Star Wars Battlefront 2, Jurassic World Evolution, Tomb Raider, and many more.

The company is yet to disclose which games we would be looking forward to in 2022, but it has made it quite clear that there would be games for us to pick every single week. Considering that some of the games Epic Games previously gave away cost up to around $50, this is a great way for gamers to check out amazing new titles without having to spend a lot. This must still be worth it to Epic Games if it has decided to extend the promotion for the third year in a row.

What Else is in store for Epic Games in 2022

Aside from the happy news for all gamers, the company has still decided to shed some light on its other plans for 2022 in an Epic Games store Roadmap. In 2021, Epic Games Launched an achievement section that, is more like the one available on steam, helps players keep track of their achievement across all the titles that they have purchased. It seems like some of the major plans for 2022 include expanding on the Player profile section, adding Playtime, and many other features.

Epic Games is also planning to rework the current library and download sections. Based on users’ feedback, the company wants to bring in some new options that would help players organize their games, including a priority queue for downloads and updates. The library can also be accessed outside the launcher.

Further improvements include opening up the Epic Wallet (which is Epic’s very own payment method) to the rest of the world, improving the performance of the Epic Games Launcher, and updating game Hubs to work as a news center for the games that you are currently own. The company also has plans to gather more player feedback via various community features, which includes polls and ratings.

Perhaps most importantly, Epic Games showed a teaser that includes most of the anticipated games that would be arriving on its platform this year. We should expect:

With a lineup like that, and the continuation of weekly giveaways, Epic Games can most likely expect some great traffic in 2022.