Why is Divorce Rates Increasing? since over four decades ago, the divorce rates have been on the increase, infact since then the divorce rate in the world has doubled. If your marriage is goind through a crisis, this can be a comforting statistic: millions of people are experiencing almost, if not the same struggles as you. 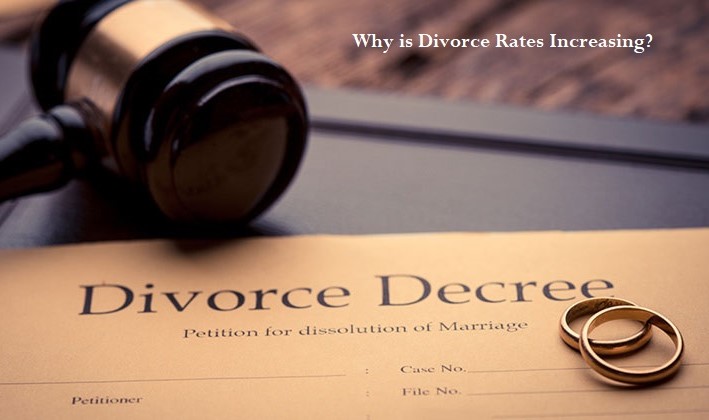 sounds bad but true, the rise in divorce rates has some positive implications too, despite the negative emotions it typically entails.

Why is Divorce Rates Increasing?

Cheng-Tong Lir Wang and Evan Schofer, two University of California at Irvine sociologists, made a compilation of almost four decades of divorce data from all over the world. Their goal was not just to examine changes in divorce rates over time, instead, to try and understand the societal factors that causes the rise in the rates of divorce.

Between the years of 1970 and 2008, it was discovered that the global divorce rate had risen from 2.6 divorces per 1,000 married people to 5.5 – the rate had more than doubled. After analyzing the data, they made the following conclusions below.

According to the University of Carlifornia‘s study, the following are the most probable societal causes of the increase in divorce rates.

Economic Development: They discovered that a country’s gross national income per capital is a powerful indicator of that nation’s divorce rate. Meaning that the increase in divorce rates is directly proportional to the increase of a country‘s wealth.

Education: In this category, they found out that the increase in the number of educated people in a nation( people having at least a secondary school certificate) leads to the increase in divorce rate.

Women In the Workforce: they found that country‘s with higher number of women in the work-force have higher rates of divorce. This can be as a reflection of the ability of thesen women to financially sustain themselves.

Religion’s Impact: According to their research, countries with a higher proportion of catholics and muslims have lower divorce rates.

According to the reseach conducted by the university of Carlifornia, the reasons suggested above seems to be the major causes of the increase in divorce rates in the world.