Elon musk was criticized after a space complaint by china to the UN. Tech guru, Elon Musk is now facing backlash from the social media community after china complained that its own space station was forced to avoid collisions with the satellites launched by Elon Musk’s Starlink internet services project. 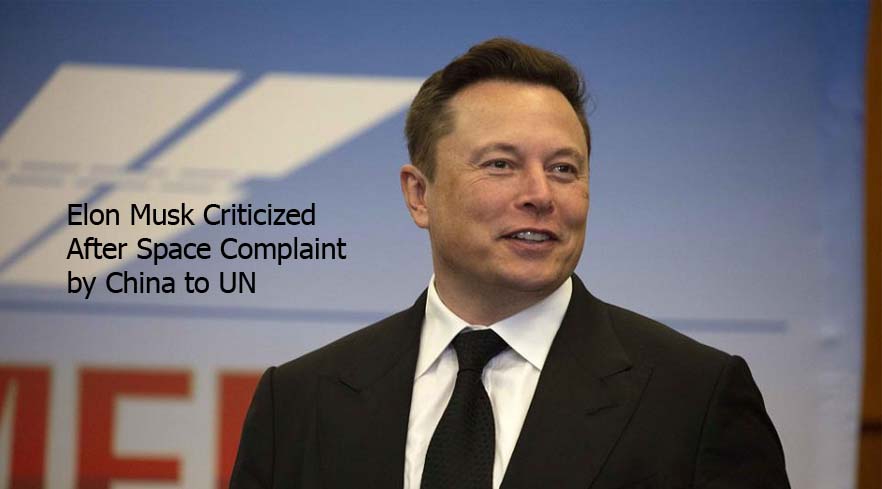 Elon Musk Criticized After Space Complaint by China to UN

Chinas space station has had two “close encounters” with Elon Musk’s Starlink satellites this year alone, claims Beijing. The incidents however behind the complaints lodged by the nation with the UN’s space agency as of now have not been independently verified.

Elon Musk is a very prominent figure in china as his EV Company Telsa comes under regular criticization from the nation’s regulators. And Starlink is a satellite internet network that is operated by Elon Musk’s SpaceX project.

China’s Report to the UN

According to the reports submitted by china this month to the UN’s office for outer space affairs, the incidents took place on the 1st and 21st of July and October respectively.

In the document published on the agency’s website, Beijing said that “for safety reasons, the china space station implemented preventive collision avoidance control.”

After the complaints by china were made public, Starlink and the US were both criticized heavily on Weibo, china’s twitter-like microblogging platform. One user on the platform even described Starlink’s satellites as “just a pile of space junk.”

Others said that the satellites are “American space warfare weapons” and “Elon musk is a new weapon created by the US government and military.” Another user posted, “the risk of Starlink are being gradually exposed, the whole human race will pay for their business activities.”

The United States of America was also criticized by the People’s Republic of China for putting astronauts in harm’s way by ignoring the obligations put in place by outer space treaties. A spokesman for the foreign ministry Zhao Lijian says china is putting pressure on the US government to act responsibly in regards to the situation at hand.

What Experts in the Field Have To Say

Scientists and experts in the field have already shared their opinions about the continued risks of collision in space and also called on world governments to share information regarding the estimated 30, 000 satellites and other space debris orbiting the surface of the earth.

Musk’s SpaceX already has launched almost 1,900 satellites as part of its Starlink network and even plans to deploy more in the thousands.

Just last month, a spacewalk from the international space station over the growing concerns about space debris was postponed abruptly by the US space agency NASA.