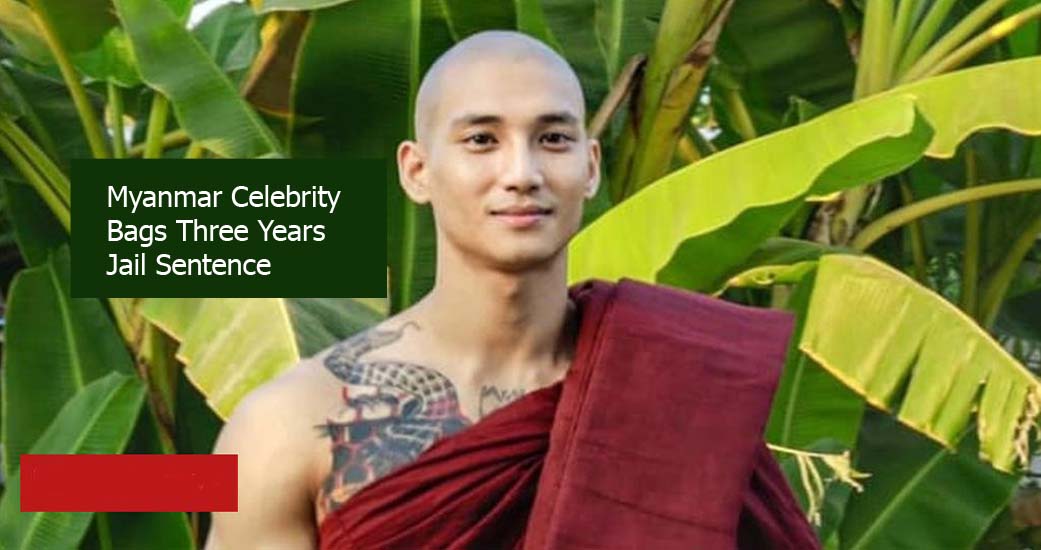 One of the most popular celebrities in Myanmar has been jailed for three years for the mass protest following a military coup last February.

Paing Takhon is both a model and an actor with millions of fans all over the world. He took part in the anti-coup protests and besides that, he has also been very outspoken in condemning his nation’s government online.

After claims of election fraud, the military in Myanmar seized power, and ever since then, the military has been very active in a brutal campaign of repression.

When Was He Arrested

According to a Facebook post by Paing’s sister, he was arrested in April by almost 50 soldiers who arrived at the location in eight military trucks at 05:00 local time.

Takhon’s legal advisor Khin Maung Myint revealed to AFP that he has been sentenced to hard labor. He also added that his family is considering appealing the sentence.

Takhon Piang who is 24 years old has been previously seen participating in various marches and participations regarding the coup. He also has posted images of the nation’s ousted civilian leader and pro-democracy icon Aung San Suu Kyi who has bagged four years jail sentence for breaching COVID-19 rules which is the first of a series of other verdicts that may see her get a life sentence.

A close acquaintance of Takhon whose name is withdrawn had revealed to BBC earlier that Takhon was suffering from physical condition and depression when he was arrested and that he could not even “stand properly.”

Other Personalities Detained In the Country

Along Takhon, other celebrities that have voiced their opinions against the coup were arrested including a Myanmar beauty pageant winner and a well-known comedian was also among those to be detained by the authorities.

The country’s (Myanmar) military leaders took power in the region back in February after conceding to the ruling national league of democracy heavily. The military then claimed to have had no choice but to carry out the coup due to widespread fraud in the poll despite contradicting claims from the country’s election commission.

The Aftermath of the Military Coup

News of the military coup led to a large-scale civilian demonstration across the region, which the military of course dispersed with brutal force.

And since the coup, reports according to the Assistance Association for political prisoners (AAPP) claim that at least 1,178 people have been killed and 7,355 arrested, sentenced in a crackdown on dissent in the region, or charged.