Have you heard about Elizabeth Holmes on trial over her time at Theranos? Well according to THEVERGE, Elizabeth Holmes, the founder, and CEO of disgraced blood-testing company Theranos is being tried for 12 charges of wire fraud and conspiracy to commit wire fraud. The trial is expected to last through December. 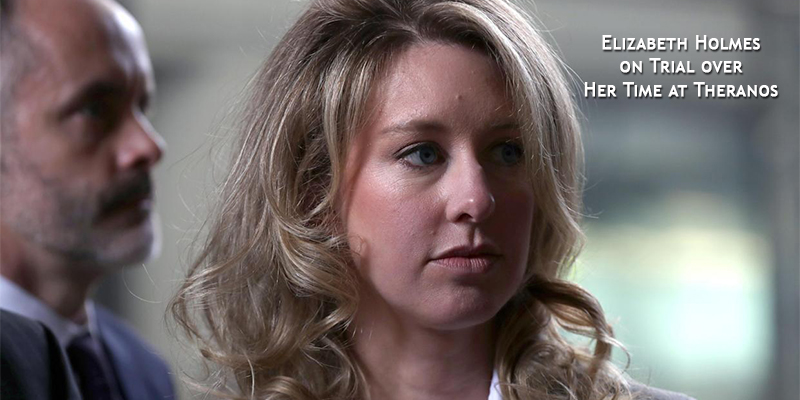 Theranos was valued as high as $9 billion, and Holmes was a darling of Silicon Valley, sporting black turtlenecks that prompted comparisons to Steve Jobs. That is until John Carreyrou’s exposé was published in The Wall Street Journal.

In that article, Carreyrou wrote that Theranos was using its own device for only a handful of tests and that other employees were concerned that the device wasn’t accurate.

Elizabeth Holmes on Trial over Her Time at Theranos

Then it came out that Theranos’ labs weren’t up to par and its partnerships with Safeway and Walgreens fell apart. Also, Theranos junked two years’ worth of test results.

Eventually, Holmes was banned from operating labs, and Theranos dissolved in 2018. Now, the question is whether Holmes deliberately misled patients and investors.

The prosecution sought to show that Holmes was in the loop on technology issues, showing the jury several emails either sent to or from the former chief executive officer that discussed problems lab workers were seeing with the company’s small blood testing devices.

Holmes’s defense team filed its intent to issue objections to her testimony late Thursday, attempting to block the scientist from sharing how much she believes Holmes knew about operations within the company’s blood-testing technology teams.

But during questioning, the defense stayed largely quiet, though it did issue an objection to a document, which the judge overruled, and to a few witness questions and answers.

The Trial of Holmes

The trial of Holmes, who founded the now-dissolved blood-testing start-up Theranos, started last week in Silicon Valley. Holmes is charged with 12 counts of wire fraud and conspiracy to commit wire fraud.

The government alleges she misled investors and patients about the success of the company and the technology’s ability to accurately run dozens of blood tests from a couple drops of blood collected from a fingertip. You can get more details from this link.