Who says the iPhone 13 deals won’t be extra aggressive this season, well think again, as it has already begun. I can almost hear a lot of people from all over shouting the many competing offers from all the carriers like AT&T, T-Mobile, and Verizon, as soon as the Apple “California Streaming” event was over. 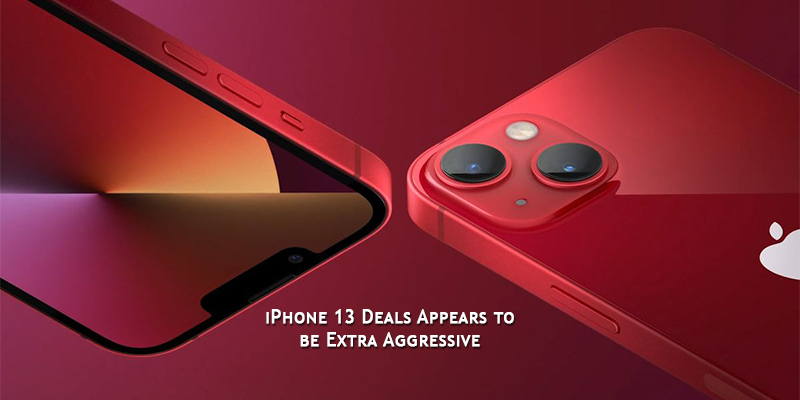 They’re all offering huge incentives to entice you to trade in an old device, switch carriers, then sign up for a top-shelf cellular plan.

If you’re in the market for a new carrier and iPhone right now, you can probably land yourself a “free” iPhone 13 (or only pay a nominal fee for the flagship iPhone 13 Pro Max), even if you’re preordering before the phones hit stores.

Many of these offers seem too good to be true and are a bit surprising to see on new iPhones that historically have sold themselves. Who can ignore Verizon for giving you a $500 prepaid MasterCard gift card, just for ditching your carrier?

How about the sky-high trade-in offers that all the carriers are advertising, like the too-good-to-be-true offer of giving you $350 for a used Samsung A50, which retails about $180? Across the board, the carriers are particularly aggressive with their signup offers this year, as detailed in our preorder guide.

With the 1phone 13 deals getting all juicy and aggressive, it’s left for you to choose. So whether you choose T-Mobile, Verizon, or AT&T, all the offers fit the same basic premise.

In exchange for a discount on the newest iPhone 13 device, after you trade in an older device for whatever value, you’ll be paying for the balance of your device in monthly installments.

You also must qualify and sign up for a typically more expensive unlimited plan that ties you to your phone and carrier for at least 24-months of 36-months if you go with AT&T.

The new plan will also likely control when and what device you can upgrade to next, which helps carriers and phone manufacturers better forecast the demand for devices and gives you that “free” upgrade.

Other Phone Models Difficult to Stock Because of Chip Storages

It doesn’t hurt that service providers also need to shore up their 5G user base, as they continue to expand the (fractured) 5G network in America. If iPhones are the lures that can hook customers to upgrade to an all-inclusive, multi-year data plan, then the carriers are in for the kill.

The truth is, Americans are holding onto their phones longer than they used to (remember the annual upgrade days?), with each generation of phones being more iterative than innovative. While that’s great news for our wallets and the environment, this trend does carriers no favors.

They don’t exactly make the most money when we buy unlocked phones and order pre-paid plans or hang on to our phones for three years or more.

Now that new iPhones are on the market, this is the time for carriers to once again capture some new customers with shiny iPhone 13s and fancy plans with built-in upgrade cycles hook, line, and sinker. You can get more from this link.