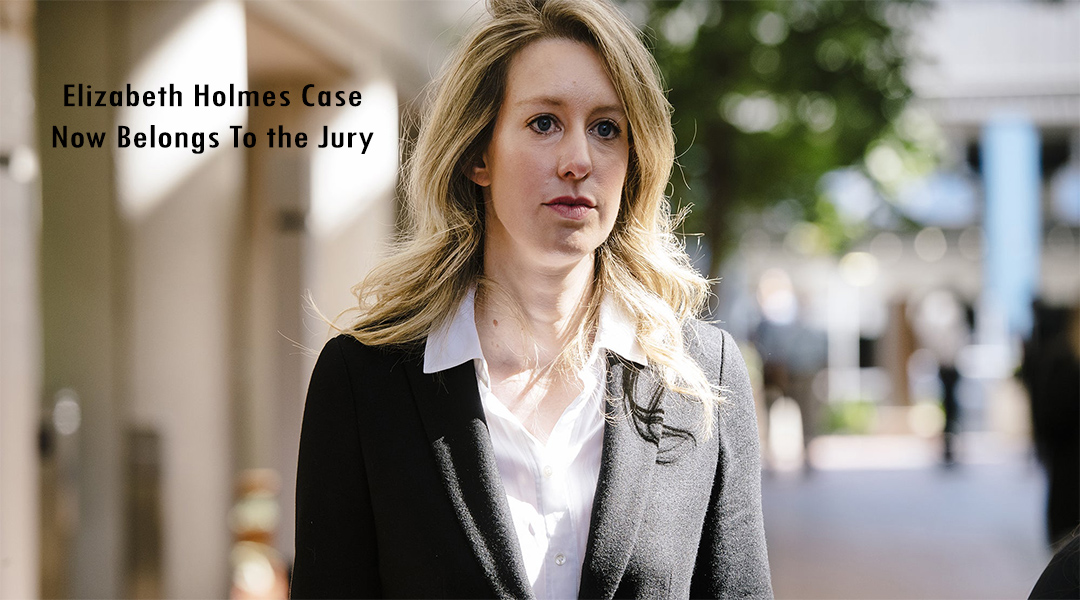 She launched her blood testing company, Theranos, with a tale of a powerful vision to revolutionize health care and change an old, outdated industry. She presented herself as Steve Jobs, part two. She sketched out a picture of someone in control.

That Holmes, and that story, is what prosecutor John Bostic worked to reset back to during his rebuttal argument, the last word before the case went to the jury on Friday afternoon. It wasn’t reasonable to think the CEO of a company didn’t know exactly what impression she was giving to investors, Bostic said.

According to the verge, it was clear she knew about problems with the Theranos tests. Holmes knew that the technology wasn’t working as intended, and that Theranos might not be able to change the world. When that story started to fall apart, she tried anything she could to try and keep it together.

“We admire people who set ambitious goals and set out to achieve them,” Bostic said. “Instead, we see a CEO of a company so desperate for success, so afraid of failure, that she was willing to do anything to keep that company from failing.”

But in the closing arguments of her trial for fraud, which wrapped up Friday, her defense attorney Kevin Downey also told a story.

This story was about a well-meaning CEO who trusted what experts told her, who didn’t know about problems at her company, and who couldn’t be faulted if people misinterpreted the things she told them about Theranos.

She Tried Convincing the Judges She Wasn’t Guilty

It relied on undercutting the origin story in order to convince the jury that she wasn’t guilty of the charges against her.

To find her guilty of those charges wire fraud and conspiracy to commit wire fraud the jury has to believe Holmes intended to give people misleading information about what the Theranos technology could do. That intent matters, Downey stressed through his closing arguments.

Figuring out that intent takes getting inside Holmes’ head during the times she lied or said things that could be misleading.

When Holmes told investors and reporters that the Theranos devices could run hundreds of accurate tests, Downey said she actually was referring to what the company was going to be able to do in the future, on future iterations of the Theranos device.

Investors Just Cared That Theranos Had a Partnership with Walgreens

If investors got the wrong idea, well, that was because they misinterpreted things, Downey said. And, even if they did misinterpret things, that didn’t actually matter, he said. Those types of statements from Holmes weren’t why investors decided to give Theranos money.

Holmes and the things she said weren’t actually that critical to the decision making process, Downey said. Investors just cared that Theranos had a partnership with Walgreens. (Multiple investors said they trusted the stories Holmes told them about Theranos’ capabilities.)

Holmes also couldn’t be responsible for any problems with the Theranos technology, Downey said. Other people were responsible like former Theranos lab director Adam Rosendorff. Holmes thought the tests were accurate.

She saw positive reviews from satisfied customers, and the company apologized any time there was an error. In addition, she had no reason to think there were any issues that she needed to be concerned about, Downey said. (In fact, Theranos’ scientists repeatedly flagged serious issues to Holmes in emails revealed throughout the trial.)

She Hired a High-Profile Board Of Directors

Holmes didn’t behave as someone who had something to hide, Downey said. She hired a high-profile board of directors a former secretary of state, a former senator, a retired Marine Corps four-star general.

She allowed people from drug companies and academic institutions to scrutinize her company’s tech. Also, she gave information to the Food and Drug Administration. And, when news reports and a federal investigation found problems with her labs, she doubled down on work to figure out what went wrong.

“You know that at the first sign of trouble, crooks cash out, criminals cover up, and rats flee a sinking ship,” Downey said. But Holmes was a devoted CEO who believed that her company was going to change the world.

Instead of running, she brought in experts to scrutinize the testing program, Downey noted. “Are those the actions of someone who had been engaged in a conspiracy to defraud people?”

There Are Versions of Holmes Everywhere

There are versions of Holmes everywhere: there’s the one she offered in media interviews, the ones sketched out in podcasts, the one that will be fictionalized in the upcoming Hulu series. Over the past three months, there have been two more, presented by prosecutors and defense attorneys.

Now, those versions go to the jurors. It’s up to them to decide which story is the closest to reality and if that reality is criminal.