LG’s new flagship soundbar shoots voices up in the air. LG has announced a new 9.1.5-channel Dolby Atmos and DTS:X soundbar featuring a novel upward firing center speaker that bounces dialogue off the celling and to your ears so you can hear clearly. 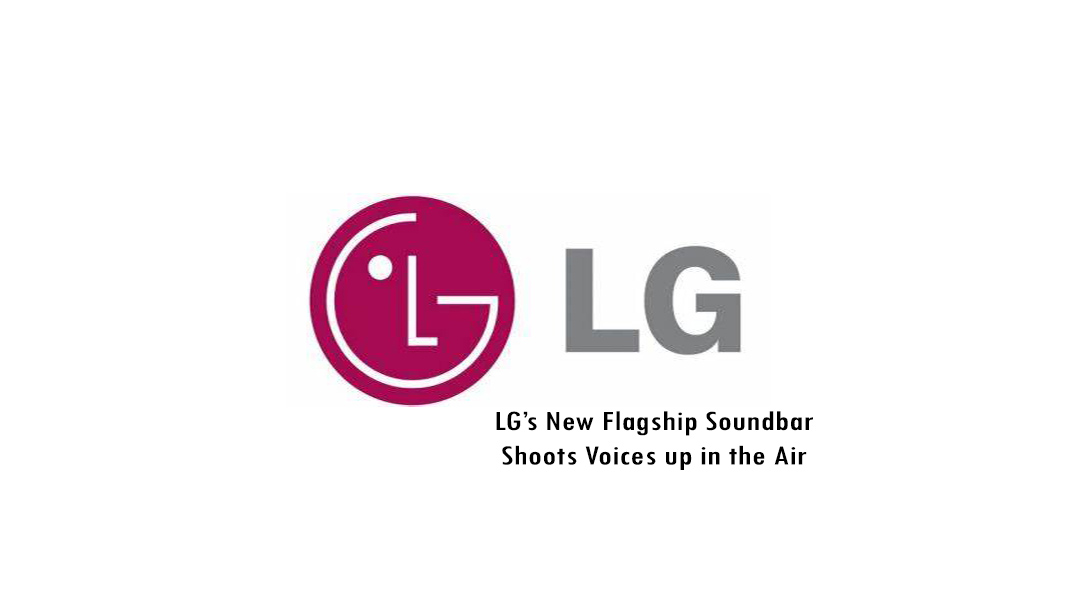 While up-firing drivers are a big part of how soundbars produce surround sound in general it’s one of five here LG claims the up-firing center is a world-first.

The verge also noted that the soundbar also includes a pair of wireless rear speakers that can now additionally send audio to the side walls of the room, which could also increase the audio immersion.

LG’s New Flagship Soundbar Shoots Voices up in the Air

It’s important to note that the new up-firing center speaker is still the same channel as the regular center, but adds to the clarity of dialogue.

Same goes for the two extra side-firing drivers of the rear speaker pair; it’s the same channel as the side speakers of the soundbar. LG claims its AI Room Calibration can auto configure the timings of each speaker and sync up everything.

This new LG soundbar (model S95QR), its rear speakers, and the included wireless subwoofer collectively have a power output of 810W. With both Dolby Atmos and DTS:X, the LG S95QR is positioned as a premium soundbar and a successor to the 7.1.4-channel LG SP11RA soundbar.

Unfortunately, the new soundbar like its predecessor still does not support passthrough for 4K 120Hz with HDR.

If you have a newer 4K HDR TV and a Series X or PS5, you might not want to plug your game console directly into the bar. You should still get the benefit of Variable Refresh Rate (VRR) support, though.

The soundbar also supports Auto Low-Latency Mode (ALLM) and can be controlled using smart devices with Google Assistant, Alexa, and “other AI assistants”.

The older LG SP11RA soundbar had AirPlay 2 support and could be controlled using Siri, but it’s not clear from LG’s press release if the new soundbar also features it (but we’re hopeful).

LG also says there’s support for its Wowcast Wi-Fi audio dongle, which was originally released this past fall, and is available on LG’s UK page. The Wowcast is a device that makes the soundbar wireless, for situations where running a cable between the TV and the soundbar would be difficult.

It mounts behind your TV and can stream an HDMI eARC connection between it and the soundbar. LG says the Wowcast will be sold separately, so we expect a US release alongside the new soundbar.

LG did not share a price or release date for the new LG S95QR, though. The soundbar will be among the first of the company’s products being announced and displayed in its virtual CES 2022 booth.

LG Electronics today makes home appliances, mobiles, tablets, and televisions. LG launched its first Android smartphone in 2009, and its first Android tablet in 2011. The company is known for its flagship G series of smartphones and a wide range of products including smart TVs.

The Full Meaning of LG