Twitter Was Not built for spoilers. Spider-Man: No Way Home hit theaters today; this means that Twitter will be flooded with spoilers for the latest superhero flick. This problem is not a new one: people either intentionally or inadvertently spoiling major twists and turns in big films or TV shows is inherent to the idea of surprise reveals in media. 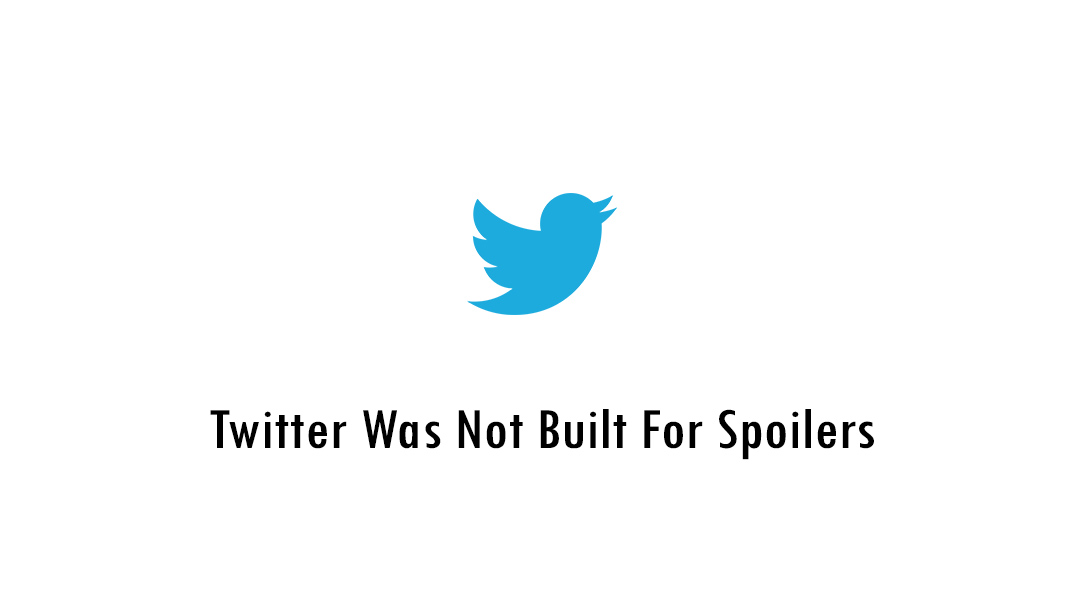 And it’s only grown as Twitter (and to a larger extent, the entire internet) has been around and entwined with the hype cycles of these movies.

Twitter, on the other hand, makes it easy for people you follow to share tweets and reactions from others, and it’s practically designed to amplify the loudest and most exciting content at any given time.

Add that to twitter’s overall culture (which emphasizes live reactions) and all the same algorithmic problems that the discovery tools like its trending sidebar shares with other platforms, and it’s a perfect recipe for spoiling movies.

Twitter already feels like it favors whoever is willing to shout the loudest in the room at any given time, but platforms like Reddit offer ways to limit the reach of bad actors (with downvotes and editable posts that allow for spoilers to be hidden by mass voting or removed by the original poster).

Spoiler issues aren’t limited to Twitter, of course: other platforms like YouTube and TikTok have similar issues, where reactions or whole illegally filmed scenes from the movie make their way onto people’s homepages or For You feeds.

Twitter has gotten better about dodging spoilers as time has gone on, with mute filters that let users block out specific phrases or words (for example, blocking “Spider-Man,” “Peter Parker,” and whatever other words you can think of that might be included in a No Way Home spoiler).

But that only helps with text, and given that major moments from the film were already making the rounds in video or image form, mute filters can only help so much.

There’s still plenty that Twitter could do here. Adding opt-in spoilers tags (as best implemented by Reddit) could alleviate a lot of the issue, letting users chat with each other about the latest Marvel movie or Game of Thrones while still hiding the text or video until you click through.

It’s a solution that wouldn’t protect from bad actors whose goal is to simply ruin things for as many people as possible.

Of course, there’s the main issue that Twitter and virtually any other platform don’t really have the incentive to crack down on spoilers. People excitedly talking about the biggest show or movie of the moment, right when it’s most relevant is exactly the kind of engagement these platforms want.

Much in the same way that Twitter thrives off users live tweeting sporting events or the Oscars, Spider-Man: No Way Home’s biggest reveals trending on the platform the day the movie releases is a feature, not a bug. (Twitter Was Not Built For Spoilers)

The pain points here are exacerbated by the fact that No Way Home, in particular, due to the very nature of the movie (which, for obvious reasons, we’re not going to get into here) is sensitive to having major moments spoiled for longtime fans.

More on the Topic

Unlike say, Dune, which was the third adaptation of a decades-old novel there weren’t too many concerns that someone might reveal that Paul Atreides was the Kwisatz Haderach. For a modern Marvel movie, the reveal is half the point (for better or for worse), which is part of why fans have gotten so defensive about it.

Of course, there’s also the fact that these movies and shows have become much bigger cultural icons, and the weight that fans place on not having major moments or cameos “ruined” beforehand has increased dramatically in recent years.

It’s not for nothing that No Way Home had an entire campaign based around asking fans to not spoil the movie or warning them to stay off social media to dodge inadvertent reveals.

It’s not the first of these campaigns, either: Harry Potter and the Cursed Child literally gave out pins asking those who had seen the play to “Keep the Secrets,” while the directors of Avengers: Endgame wrote fans an entire letter imploring #DontSpoilTheEndgame.

Ultimately, though, there’s the problem that spoiler culture and social media are inherently opposed forces: one seeks to keep major aspects of the most popular movies and films secret (or limited to specific forums and threads); the other thrives on disseminating conversation to as broad a group as possible.

And while Twitter, Reddit, and all the rest can do their best to amend their platforms to try to be as spoiler-friendly as possible, at the end of the day, the only real solution is either to stop caring about spoilers or stop using social media when major releases come out.