Donald Trump recently announced that he is set to launch his very own new social network and it will be called truth social. In an official press release, the former president of the United States says the social network is created to “stand up to the tyranny of big tech”. 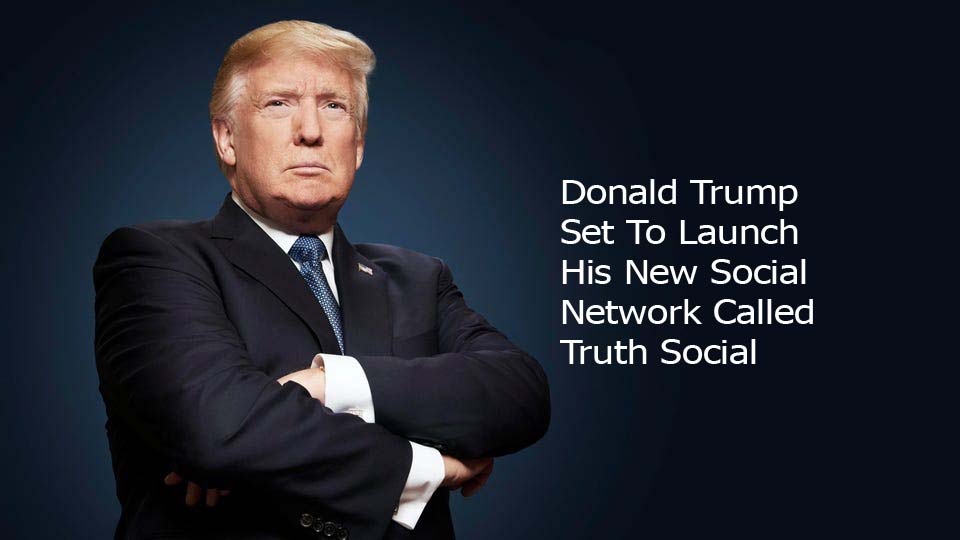 Its official, the former president of the United States, Donald Trump will be making a return to social media after being banned from some prominent big-name social media platforms.

The former president on Wednesday announced the pending release of a new social media network he called truth social. A press release that came out from one of his companies says the aim and goal of truth social is to “stand up to the tyranny of big tech.”

Trump’s media and technology group made the announcement and also revealed the network will start off with a limited beta launch in November. A wider rollout of the network also is expected in the first quarter of 2022.

Trump’s media and technology group also has agreed to merge with the digital world acquisition group that is based in Miami and also listed on Nasdaq. According to the press release, the merging will therefore form a new company that will be chaired by trump.

What Trump Said In His Press Release

Trump as you should have of course had a lot to say, quite a lot. He said, “I create truth social and TMG to stand to the tyranny of big tech.” he continued to state that “we live in a world where the Taliban has a presence on Twitter, yet your favorite American president has been silenced…I’m excited to soon be sharing my thoughts on truth social and to fight back against big tech.”

Trump was banned from Twitter on the 8th of January. His use of the social network kind of redefined politics as he was able to sidestep mainstream media and take hold and control of the political narrative.

His ban from the network came two days after his supporters stormed the capitol building in a riot that left a dozen of people dead including a capitol police officer. Twitter however at the time said that the ban “was due to the risk of further incitement of violence.”

Senior advisor to Trump, Jason Miller in march told fox news that the former president of the united states would make a return to social media with his own social media app in two or three months. In May trump did start his own official blog but later shut it down a month later. Since the deadly riot in the US capitol trump has been banned by both Facebook and Twitter.

Following the ban on the social networks, the former president sued the platforms including Twitter, and in the process alleging censorship and first amendment violations even though the first amendment applies only to the government and not to private companies such as social media platforms.

The then-president has claimed that the companies discriminated against the right without evidence. The companies however have repeatedly denied the charges and claims.

And although Trump is creating his own new social media platform, he hasn’t forsaken twitter. Early this month, he asked a US district judge to grant a preliminary injunction, one that would restore his account on the platform