Anthony Joshua got his second defeat from his fight against Oleksandr Usyk on the 25 of September 2021 and ever since then, we haven’t heard much from him. Although there have been rumors that he has been traveling around the US looking for a new coach. 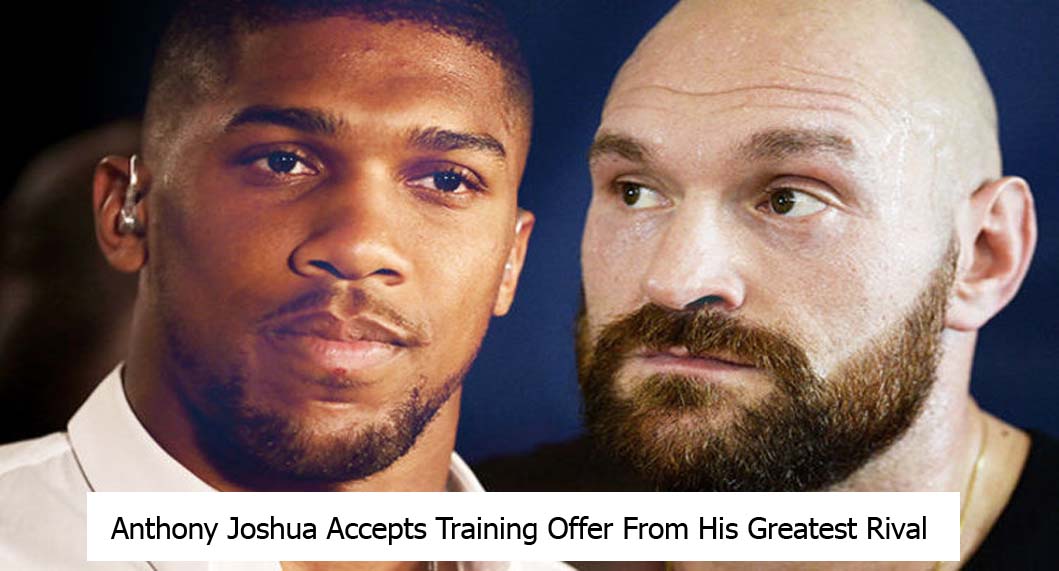 Recently, he had a one-hour-long interview with the guys from IFL TV and he discussed everything that went wrong during the fight against Usyk and the changes he intends to make to his approach.

During his interview, he responded to the offer from his heavyweight rival, Tyson Fury to train him. He responded as quoted, “Yeah, lovely mate, If he takes no money for it. I don’t know if he’s after a quid or two.

“He’s more than welcome to come through the doors. He can even spar with me as well. I need a coach that’s lived it and breathed it, so it’d be perfect.

“That’ll be the easiest way to get him in the ring, I’ll set up a camera, Eddie [Hearn] will be there with a few cameras running it on Facebook or YouTube.”

Meanwhile, Tyson Fury has been a rival to Anthony Joshua. The two were proposed to fight on August 14 but the fight was canceled after an arbitration hearing ruled Fury must first face American fighter, Deontay Wilder.

Even if he may be unwilling to accept Fury‘s offer, the former heavyweight champion is looking to work with new coaches to help him secure a win against Usyk and develop his boxing skills generally.

The former heavyweight champion reveals that his recent trips to the US were to link up with the Legendary boxing trainers Virgil Hunter, Eddie Reynoso, Ronnie Shields, and Robert Garcia. “I just looked at myself and said I need to get out of my comfort zone,” he said.

Rather than remaking him, he believes that he can learn from their experience and that these coaches can help build on his skills and bring out the best in him.

He said: “I’m done with f***ing losing. I’m done with trying to learn the sweet science… he might get thrown on the floor in the next fight because this is war.

“It’s just straight war. I’m annoyed. I’m boiling up even speaking about it – it’s that passion to win.”

We may be seeing the best from Anthony Joshua in his rematch against Usyk as he is doing his very best to rebuild his legacy.