Zoom will not buy Five9 after all – The company and platform Five9 will remain independent after all. it is reported that the deal for the platform to be acquired by zoom is off. 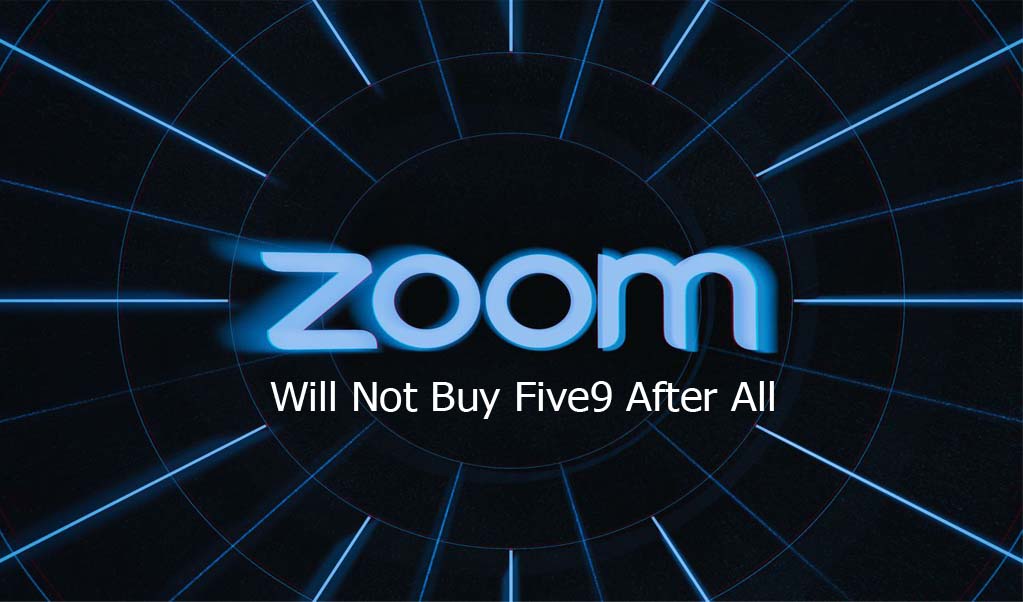 Zoom Will Not Buy Five9 After All

An official press release from Five9 says the deal was “terminated by mutual agreement.” But it is also believed that the deal fell through because the shareholders rejected the $14.7 billion deal. The acquisition of Five9 was announced originally on the 18th of July by zoom.

Five9 is a company that automates managing customer contacts for business. And with the deal zooms business offerings would have been bolstered. And with Zoom’s major competitors being Google and Microsoft, the deal would have helped them expand.

Why the Deal Fell Through

The deal originally was supposed to be an all-stock transaction. Unfortunately, since the announcement of the acquisition, Zoom’s stock price has lost more than a quarter of its value. Normally when a company is bought, the shareholders of the company receive premiums over their stock price. And since the deal was an all-stock deal, the zoom would be however taking Five9 at a discount price.

An independent proxy advisor, institutional shareholder services, earlier this month recommended shareholders to vote against the deal. Also, the government had something to say about the national security risks the deal offered which also did not help matters at all.

What Zoom Has To Say

Zoom CEO Eric Yuan in a blog post published on Thursday said the failed purchase will not affect the company’s plans. He said, “Five9 was in no way foundational to the success of our platform nor was it the only way for us to offer our customers a compelling contact center solution.” Zoom also plans to keep its relationship with Five9 and other companies that offer similar services intact.