Xbox Cloud Gaming Launches In Australia, Brazil, Mexico, and Japan. Microsoft’s xCloud tech is now available in 26 countries all over the globe as of today. News reaching us today is that Microsoft is set to launch the xCloud gaming software and service in Mexico, Japan, Australia, and Brazil. 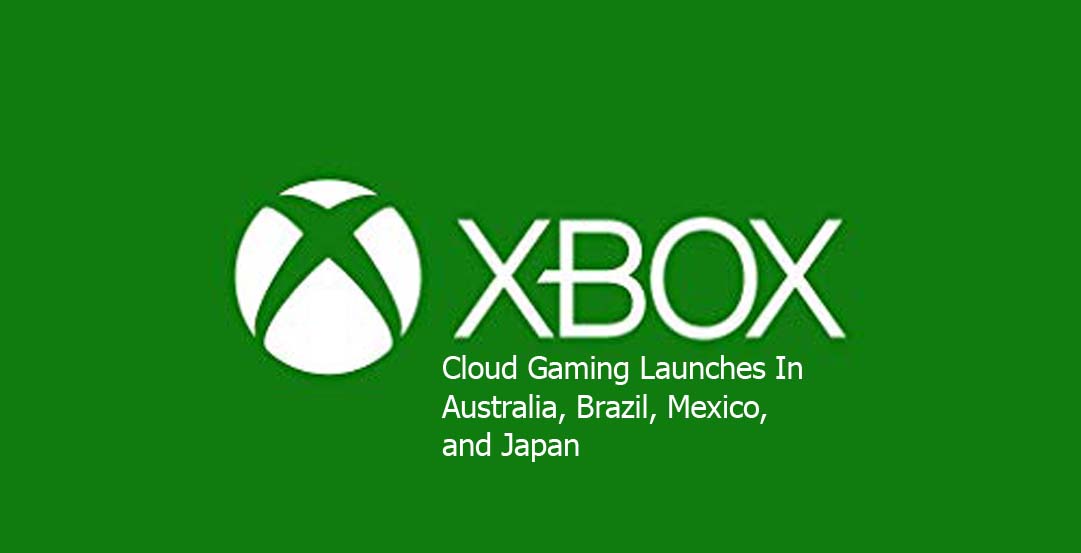 The software company has been testing streaming Xbox game pass ultimate games in these markets for the past few months now. And now it is ready to expand the reach of the service around the globe. If you are a subscriber to Xbox game pass ultimate in Brazil and Mexico, xCloud will be available to you today. The service will however launch in the early hours of October 1st in Australia and Japan.

The Xbox cloud gaming service will be available via the dedicated android and Xbox windows app. Or via the web for iOS and other devices as well.

Where Will the XCloud Software Be Available?

The tech giants are now offering the xCloud gaming service in 26 countries all thanks to this great development. Microsoft head of project xCloud, Catherine Gluckstein explains that “since cloud gaming is powered by custom Xbox series X consoles that means these games are being played on an Xbox in the cloud, bringing faster load times and improved frame rates to the gameplay experience.”

Another announcement besides the expansion of Xbox cloud gaming made during the Tokyo game show broadcast is that Scarlet Nexus will be making its entry on the Xbox game pass later today.