Xbox Cloud Gaming is now powered completely by custom Xbox Series X hardware. Microsoft has worked on this migration for quite some time, but a statement to The Verge confirms that the transition is complete. 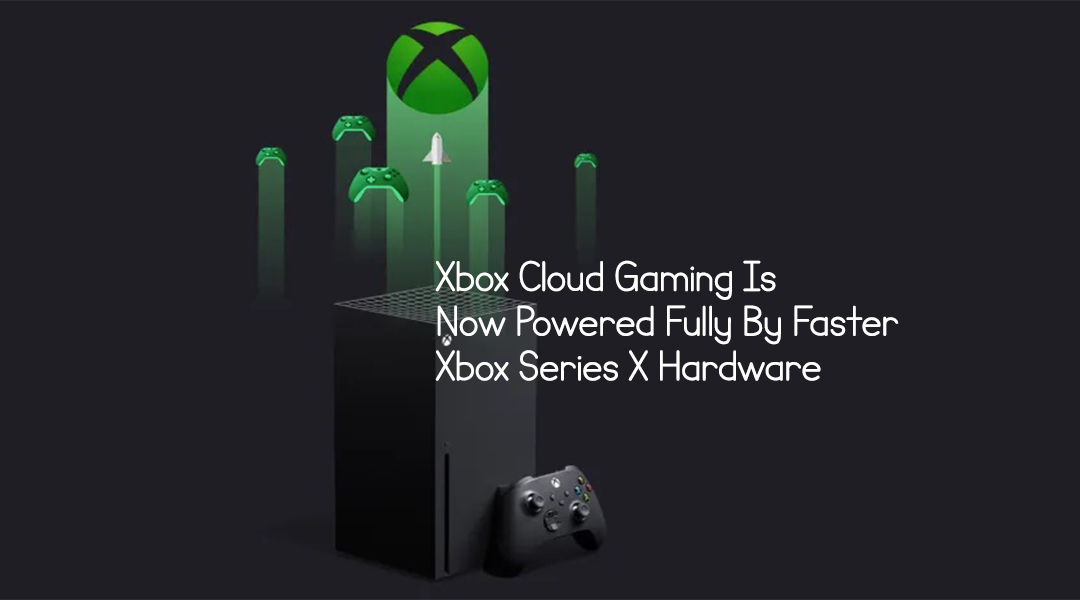 The move to hardware based on the Xbox Series X improves load times and framerates for games streamed through Xbox Cloud Gaming.

Windowscentral.com, also said the improved hardware powering Xbox Cloud Gaming should benefit people streaming games regardless of which devices they use.

It also enables Microsoft Flight Simulator and The Medium to work through the streaming services, as they both require next-gen console hardware.

The online streaming service allows players to stream over 100 Xbox games on a number of devices such as a laptop, phone, or tablet rather than installing them on the device. All players need is an active Xbox Game Pass Ultimate membership, a compatible device and controller, and high-speed internet.

Senior editor at The Verge Tom Warren previously reported on some games in the xCloud library receiving this upgrade after they noticed that games such as Yakuza: Like A Dragon, DIRT 5, and Rainbow Six Siege had improved performance-wise and now featured options that are only available on the Xbox Series X hardware. It appears Microsoft has now rolled this out across the entire xCloud library.

Microsoft Working on a Dedicated Xbox App for TVs

Microsoft is currently working on a dedicated Xbox app for TVs that will allow Xbox players to stream games without a console.

Standalone streaming devices that you can plug into a TV or monitor are also planned, and it’s reasonable to assume there could be further upgrades to the Xbox Cloud Gaming resolution to match this TV push.

Xbox Cloud Gaming started off as a way to play games on mobile devices, but with its upcoming integration into the Xbox dashboard and TVs, it’s already becoming a lot more than just a mobile offering.

Microsoft is also integrating Xbox Cloud Gaming into its new Xbox web store that’s starting to roll out, and we’re still waiting to hear more about its plans to bring its xCloud technology to Facebook Gaming.

Microsoft’s xCloud tech is now available in 26 countries, and the company has previously hinted at “new subscription offerings for Xbox Game Pass,” so we could see additional tiers that provide access to Xbox Cloud Gaming soon.