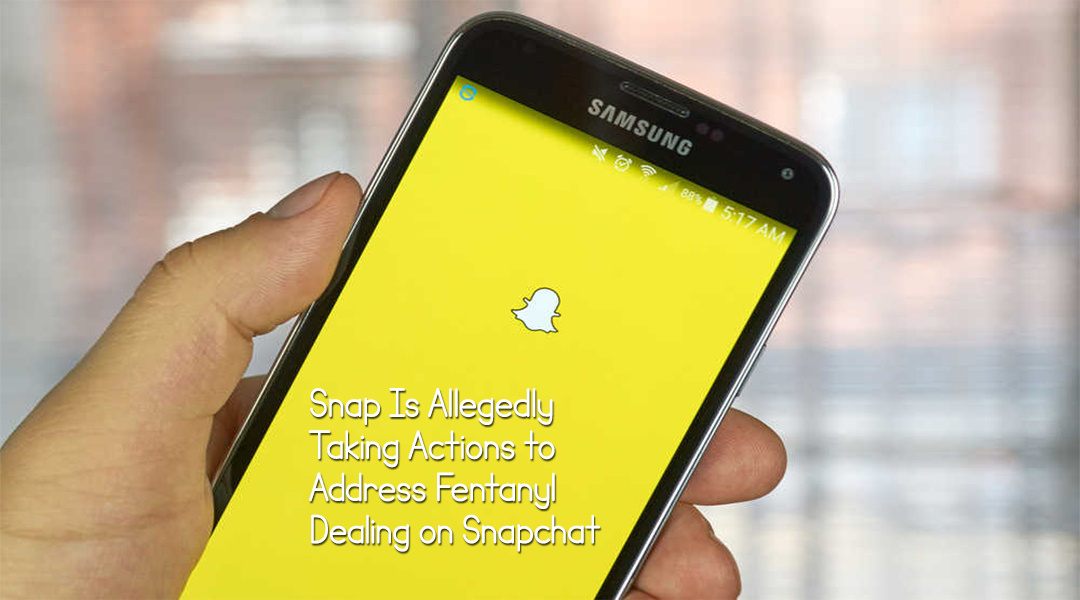 Fentanyl is a potent opioid, deadly in quantities as small as one grain of sand. Drug dealers often use fentanyl to make counterfeit prescription pills, like Vicodin or Xanax, which when ingested can lead to death.

Even the verge confirmed in an article that Snapchat has announced a series of measures it’s taking to counter drug dealing on its platform and to educate users about the dangers of fentanyl and other drugs.

When users search for drug-related keywords like “fentanyl,” Snap says it will direct them to a new educational portal called Heads Up. It’s also ramping up actions against drug dealers on its platform, including improved in-app reporting tools and proactive detection.

The announcements follow a recent investigation by NBC News into a spate of deaths involving teens and young adults who were suspected of having bought fentanyl-laced drugs through the social network.

The report alleged that drug dealers are able to use Snapchat to find buyers and that the platform isn’t doing enough to remove their accounts and keep them off the platform. The social network was also accused of taking too long to provide information to law enforcement.

However, Snap says the initiatives have been in development for months, and that today’s announcement would have happened regardless of the NBC News report.

Fentanyl is a synthetic opioid that’s complicit in an alarming increase in deaths in the United States in recent years. In 2019, nearly 50,000 people in the US are believed to have died from overdoses involving opioids, according to the National Institute on Drug Abuse.

Still according to Snap, drug dealers include fentanyl in counterfeit Vicodin or Xanax prescription pills, which are then bought by unwitting customers.

In its blog post, Snapchat stresses that it’s taking more enforcement action against dealers on its platform. It says that enforcement rates have more than doubled in the first half of 2021 and that its systems have proactively detected 260 percent more material than it did previously.

It says that nearly two-thirds of drug-related content is proactively discovered by its artificial intelligence systems and adds that it’s improved its response time to valid law enforcement requests by 85 percent year over year. Nevertheless, Snap admits it still has more work to do.

Snaps Plans to Remove Drug Dealers from Its Platform

As well as more proactively removing drug dealers from its platform, Snap points towards research its commissioned that suggests some users are unaware of how dangerous fentanyl can be something its Heads Up portal is designed to address.

Snap says it will be promoting the portal, as well as the dangers of fentanyl more generally via a new filter, and that it will also discuss the crisis in upcoming episodes of its Snap Original show Good Luck America.

Expert organizations contributing to Heads Up include Song for Charlie, Shatterproof, and Substance Abuse and Mental Health Services Administration (SAMHSA), with resources from the Centers for Disease Control and Prevention to be added in the coming weeks.

Fentanyl is a powerful synthetic opioid analgesic that is similar to morphine but is 50 to 100 times more potent. It is a Schedule II prescription drug, and it is typically used to treat patients with severe pain or to manage pain after surgery.

It is also sometimes used to treat patients with chronic pain who are physically tolerant to other opioids. Tolerance occurs when you need a higher and/or more frequent amount of a drug to get the desired effects.