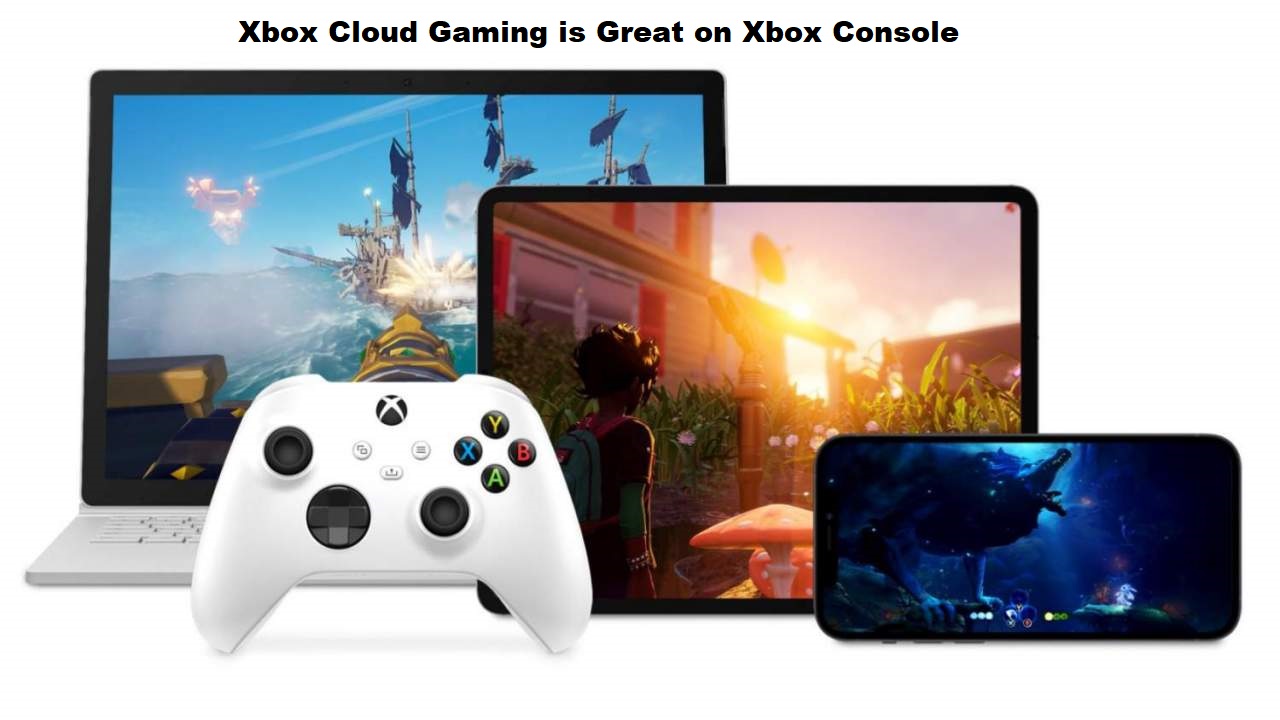 It’s was created for playing games in the cloud and it is for the most part, of cloud gaming seems best suited for Mobile gaming devices to play games that’d only otherwise be available on consoles and PCs. So why would you want to try out The Xbox Cloud gaming right on an Xbox?

If you do happen to be making use of an Xbox One, and you are yet to gain access to the Xbox series X there is a great chance that you would run into a bit of FOMO when it comes to the newest in the games. Some games released in the past, and a lot of games released in the near future, would only be playable using the Xbox Series X and S consoles.

With Xbox Cloud Gaming, some of the Xbox Series X games would be playable right on the Cloud. Instead of purchasing the Series X just to play one game like the Riftbreaker, Xbox Cloud gaming that you can use to play the game on Xbox One.

If you happen to have a friend that owns an Xbox game that’s part of the Xbox Game Pass Ultimate program, you also might potentially join the said player in an online gaming session without having to download the game that they are playing. This might actually appear to be helpful if your friend plays a game that might otherwise appear to be a major energy drain on your resources based on the fact that the game is a huge game to download.

On a more similar note to the point above, Xbox Cloud gaming would allow you to play games without having to download the said games. If you are making use of the most basic iteration of whatever Xbox you happen to possess, you also might possess a limited hard drive space.

If you are the sort of person that likes to play a lot of interesting games, this system would enable you to gain access to the said games without having to possess a game that has been downloaded entirely.