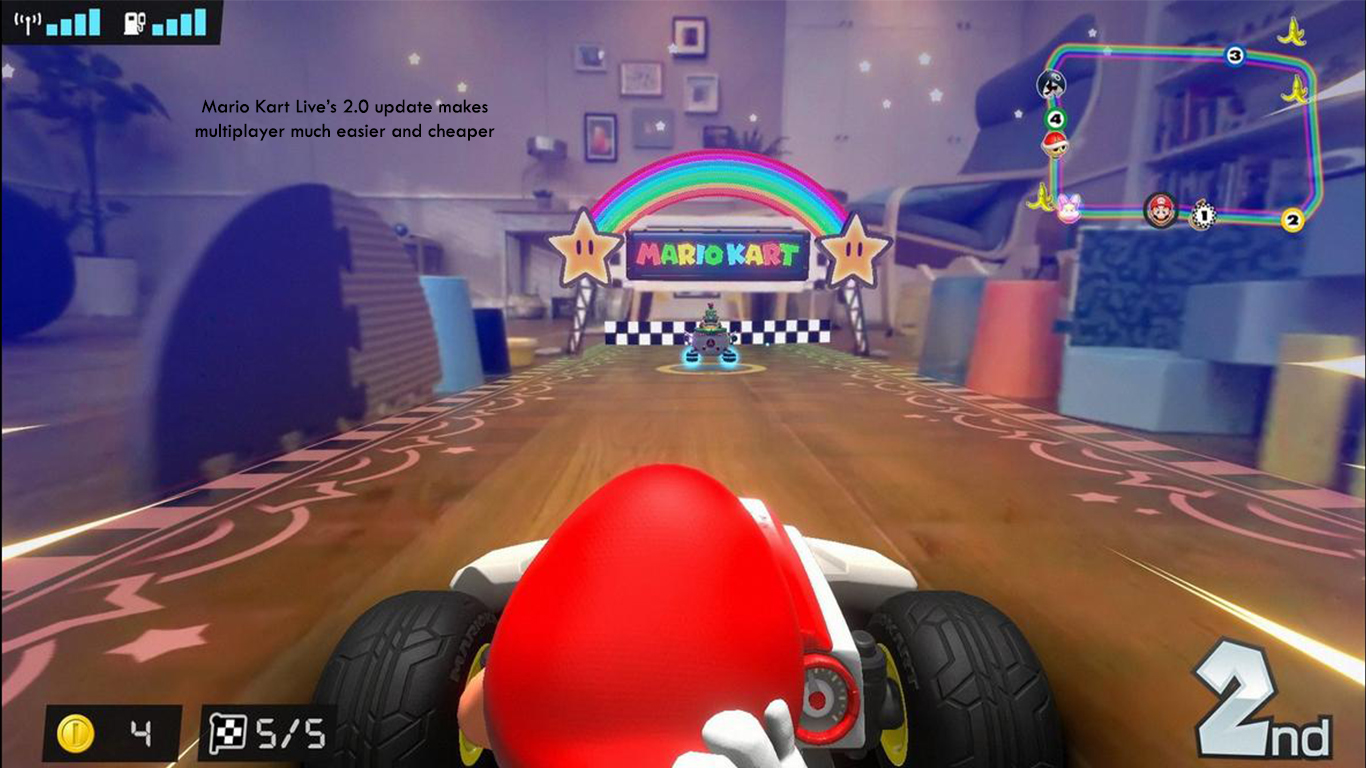 Previously, multiplayer Mario Kart Live: Home Circuit was a complex and costly endeavor. You’d need two karts the base game only comes with one as well as two Nintendo Switch consoles, and the action would play out on each player’s Switch screen.

According to the verge, with the 2.0 update, you can actually hook up one Switch to a TV so that both players can stay on the couch as they race their karts around the room.

There is also a new Relay Race mode which allows for multiplayer games with just a single kart. Between two and four players can select their own choice of characters, with control switching between them after every lap.

In addition, the update is also adding a new tournament that is called the Luigi Cup along with three other new courses.

Nintendo is further lowering its barrier to entry by including Mario Kart Live: Home Circuit in its Black Friday sales. The game including one kart will cost $59.99 from November 21st, which saves you $40 off the MSRP.

Hit the road with the definitive version of Mario Kart 8 and play anytime, anywhere! Race your friends or battle them in a revised battle mode on new and returning battle courses. Play locally in up to 4-player multiplayer in 1080p while playing in TV Mode.

Every track from the Wii U version, including DLC, makes a glorious return. Plus, the Inklings appear as all-new guest characters, along with returning favorites, such as King Boo, Dry Bones, and Bowser Jr.!