Let’s talk a little about the windows 11 release date being confirmed. I am pretty sure you all have been hearing a lot of rumors about the all-new Windows 11. Some people even say it’s less secure than Windows 10. Others say they love it because it conserves battery more and has an optimized refresh rate. 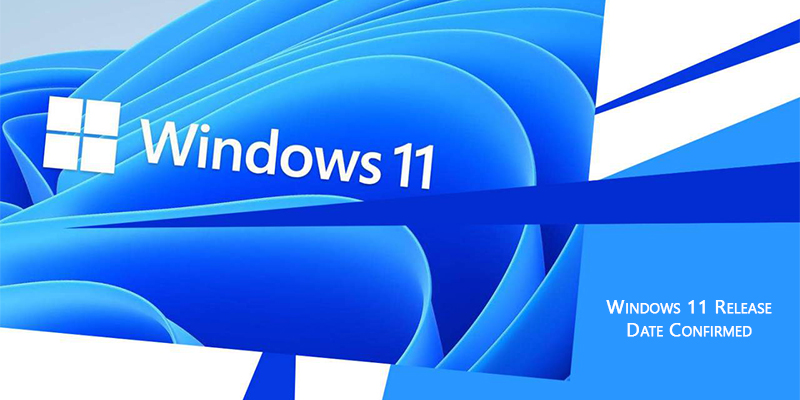 You may be wondering where these people are getting their information because windows 11 hasn’t been launched yet. Well, FYI the windows have been released to windows insiders and developers for testing before the official release date.

As of today, Microsoft officially declared a release date for the all-new Windows 11. With this, the windows 11 release date has been confirmed. It is set to officially launch on the 5th of October 2019. That’s a month from now.

For some obvious reasons, windows 11 will not be able to run on all windows machines. There would be some compatibility issues. You can visit the official Microsoft webpage to learn about everything you need to know about windows 11.

Will Windows 11 be Free

This is one of the questions I find a lot of people often asking on the internet. The simple answer to this is both yes and no. If you already run any windows on your machine with a valid license key and is compatible with the new windows, you would automatically get a free upgrade.

If you don’t already have a license key and your laptop is compatible, the windows 11 update would not extend to you. You would have to go and purchase the all-new Windows 11 from the Microsoft store or any verified vendors.

Should I Switch to Windows 11?

Well, choosing to upgrade is your decision to make and I don’t encourage rushing too soon into the new windows. There might be some bugs and some issues here and there. I would advise you to give it some time before switching.

There are definitely a lot of overwhelming changes coming out with windows 11. If you are interested in testing the new windows, you can update as soon as it is out but only with a laptop or desktop, which you don’t use too often.