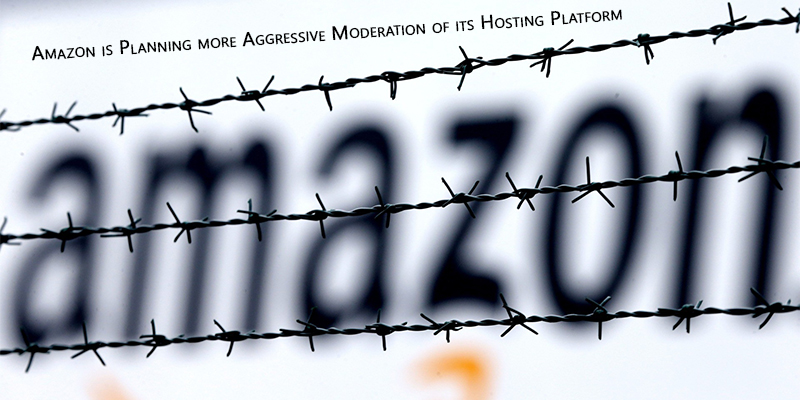 For some reason, there have been some prohibited contents hosted on the cloud despite the moderation mechanisms that Amazon has set up. After careful observation, the board has decided to plan out a more aggressive moderation.

Amazon is Planning more Aggressive Moderation of its Hosting Platform

There is still no news yet on how this aggressive moderation will affect a lot of hosters but what I can say is that amazon thinks it’s for the best. Amazon has planned to develop a more proactive prohibited monitoring capability inside the amazon web service.

According to Amazon, this new monitoring system would seek out prohibited contents and actually remove them before they are reported by real users. While Amazon hasn’t quite confirmed or denied the result, the AWS team continues to expand due to expand.

It is no news that there are some policies that have been maintained by the amazon web services for quite some time now. The complete list of policies can be found here. If you actually went through the policies, you would find out that amazon forbids using the service for spam, violence or other crimes, computer intrusions, and a lot of other illegal activities.

While this policy will not change in the coming changes to be made, the policies would be enforced more aggressively like Facebook and Youtube. This new move actually came as a call to situp since a similar shift from apply which announced a new controversial system that would actively scan the iCloud photos for imagery of child abuse.

It already seems that some aspects of this new development are already underway from recent updates. For this new development, the CEO who was also previously in charge of the amazon web services “Andy Jassy” is planning to hire fifty-five thousand new employees in both tech and corporate roles. This also includes the expansion of the companies internet satellite ambitions which is under the project Kuiper.