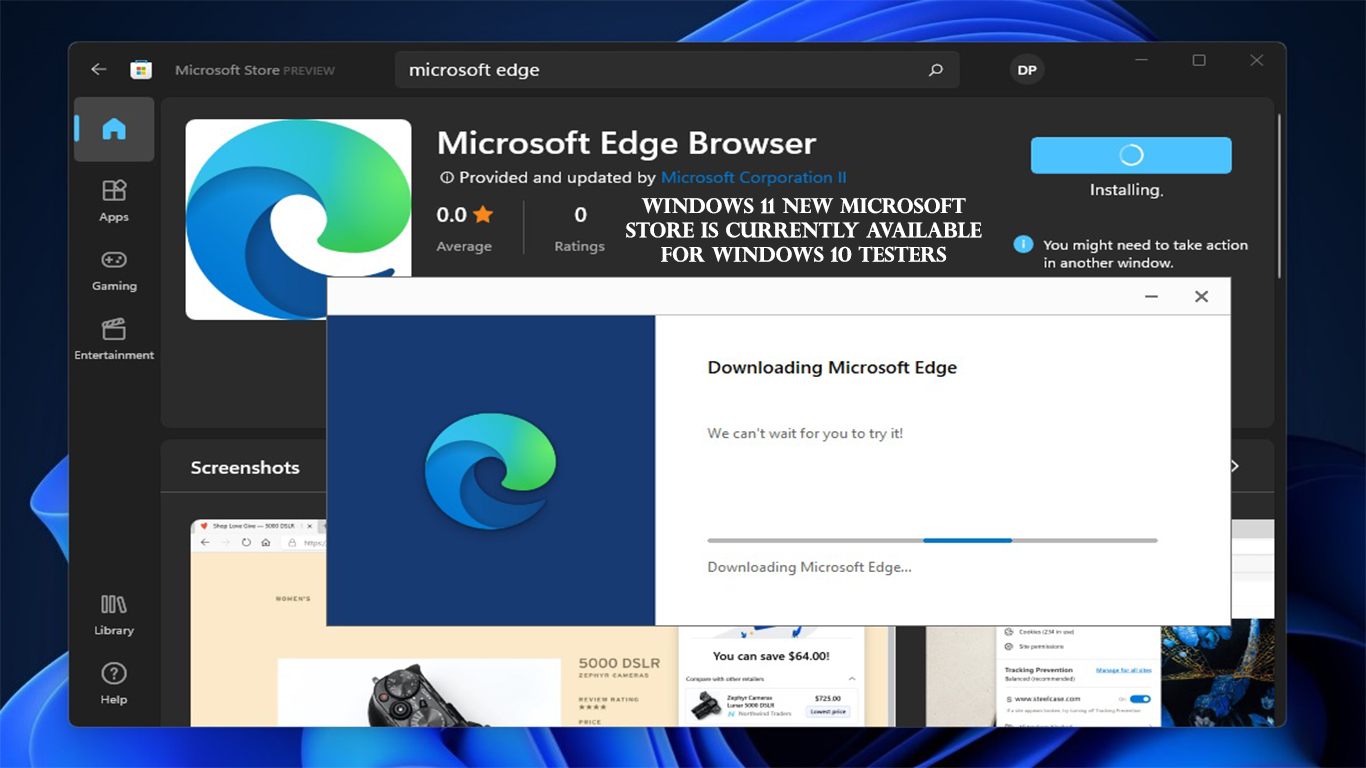 The updated Store is identical to the one found on Windows 11, offering greater access to win32 apps, a more modern design, and all of the new apps that have made their way into Microsoft’s store recently. This new Microsoft Store is also more open than before, allowing third-party stores like the Epic Games Store to be listed.

Microsoft’s new approach to its Store has also meant a deluge of apps have finally arrived, including Discord, Zoom, VLC, TeamViewer, and Visual Studio Code. Any browser can also be listed in the store now, and so far Opera and the Yandex Browser are available.

According to the verge, if you want to test the new Microsoft Store on Windows 10 you’ll need to be on the Release Preview Insider ring. We’re expecting the new Store update to arrive for all Windows 10 users in the coming weeks.

Windows 11 launched this month, and Microsoft delivered some big changes to the storied operating system, including its first name change in six years. The Windows 11 update began rolling out on Oct. 5, though it will be released in a phased approach on eligible devices.

According to Cnet, Windows 11 comes with a truckload of new features, such as the ability to download and run Android apps on your Windows PC and updates to Microsoft Teams, the Start menu, and the overall look of the software, which is cleaner and Mac-like in design.

Below are some of the new features included in the Microsoft 11;

Microsoft Teams will get integrated directly into the Windows 11 Taskbar, which is now centered in the display.