Twitch Streaming and Cloud Gaming Receives a Major Update from Xbox Preview. Microsoft just launched the latest Xbox Preview, and it is one big one. To begin, this incredible preview would be heading live today, and it adds Twitch integration to the Xbox dashboard. 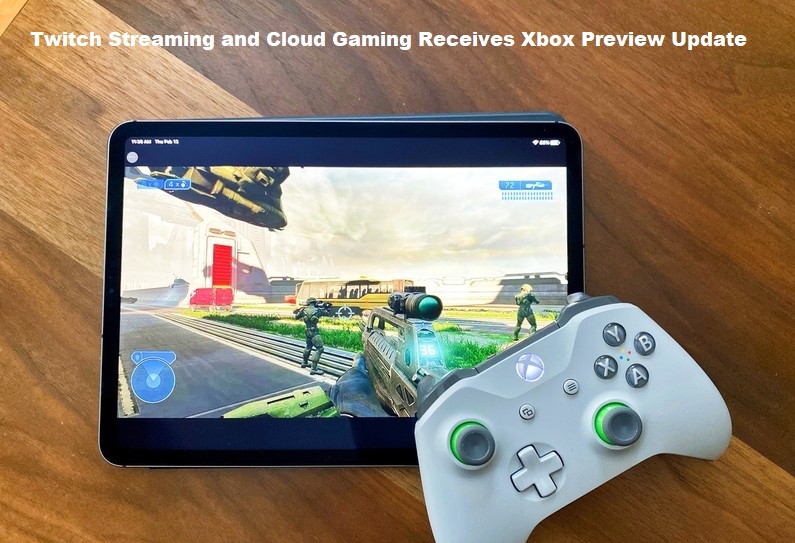 While users were given the ability to stream games making use of the Twitch Xbox app, it’s been a while since they were last able, to begin with, a twitch stream via the dashboard itself. The preview also brings cloud streaming functionality to Xbox One, offering Xbox Game pass Ultimate subscribers the chance for them to be able to play the Xbox Series X/S games without having to even add any new upgrade to your Hardware.

The updates notes For the new Preview say that Twitch streaming from the dashboard would now be available to alpha Skip-Ahead users, so only all those that are in the highest echelon of the Xbox Insider program would get to take this feature up for a spin. Once you install the preview is installed, Microsoft stated that you would be able to begin live streaming to Twitch by going to the “Capture and share” tab and selecting “Live Streaming.”

You would be required to link your Twitch account to Your console, and if you are yet to do that, you would be prompted to link it then. Once your account is linked, all you would be required to do is to select the “Go live Now” button to start streaming to twitch. Microsoft stated that this method of streaming would be showing the gameplay, so it is safe to switch to other apps without worrying about displaying them right on your screen just as viewers would only have access to a screen that is paused.

To add to Twitch streaming directly from your dashboard, this preview would allow the Xbox Game Pass Ultimate subscribers to play the Xbox series X/S games on Xbox One via cloud gaming.

This happens to be a major addition since it means that those that cannot find an Xbox Series don’t necessarily require you to miss out on the next-Gen games While they try to wait for the game to become available on stock. Of course, all users that are tapping directly into Cloud gaming would be limited to just the games available on Xbox Game Pass Ultimate, but to consider the fact that includes Microsoft’s first-party games, this is a lot better compared to nothing.

Sadly, there is no indication of when this feature would be rolling out to the broader Xbox community. Now that they are hitting the Alpha Skip-ahead ring, we probably would have just a few months of testing through just before they would be prepared for the Primetime.